Chamber is an inner-upholstered transport container, with which she continues the series of patterned-based works, Eslimi. The pink-coloured pattern is made up of knives. This gives rise to an extreme contrast between the softness of the material and the pointed ornament.
Such containers are often used to provide short-term, economically efficient accommodation, to people such as asylum-seekers. In contrast to immoveable property, they are something mobile used for transport purposes. In this way the containers match the forced nomadic life of their users. The container becomes the place of those who are not permitted to gain a foothold, who cannot find a homeland.
Padding out the container makes it seem like a padded cell, traditionally used for restraining the mentally unstable. The mad, as Foucault has described, represent for society the Other per se. Boundaries are drawn which exclude the strange: for a common language is regarded as impossible. This radical break is symptomatic for how the Other, the strange or alien are approached and dealt with. According to Foucault, the broken-off dialogue with the mad corresponds to the line of distinction drawn by Western society in relation to the Orient. The internment of those deemed to be mad leads to their being displaced in a location exterior to what is determined as intrinsic to the definer. The mechanism of exclusion evident in the asylum container works in a similar way.
With facilities such as the padded cell the mad are turned into objects. In Forouhar’s work, because the viewer can enter the padded cell and in doing so be observed by others, they themselves become objects, and for a moment appear to be subjected to the same dispositive.
The container functions as a kind of stage, one that incorporates the audience. Forouhar presents and performs the processes of alienation; she shows that no outside position is possible, indeed that the viewers are inextricably entangled in the middle of this mechanism. The space that arises in this process becomes a threshold that exposes the drawing of boundaries as a construction and as contingent. The location strategies are unravelled and bring their displacements into view. In this way the viewers are literally disarranged in their ordered reasoning, or become “deranged”, and are compelled to reflect on their observing standpoint. Alexandra Karentzos 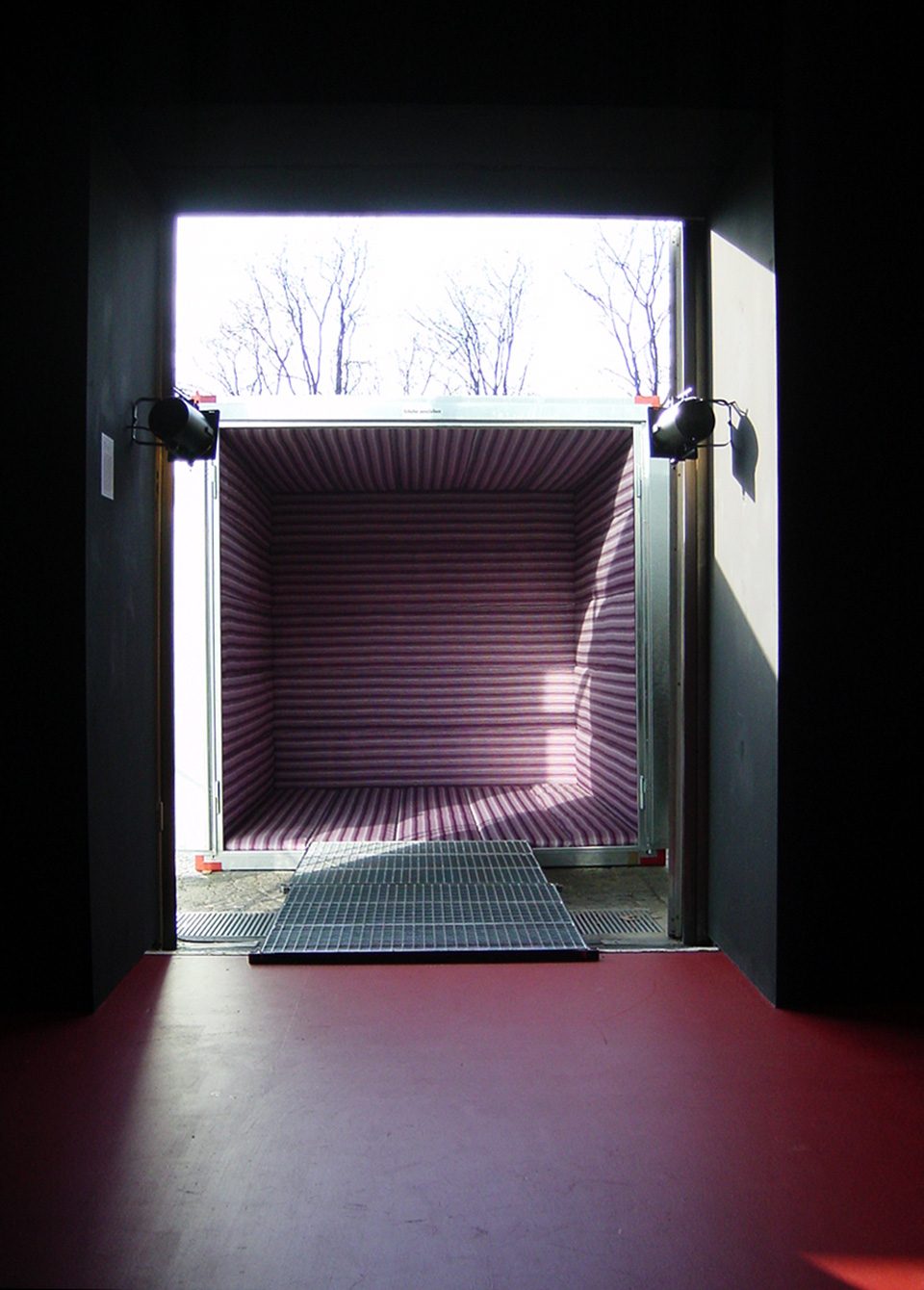 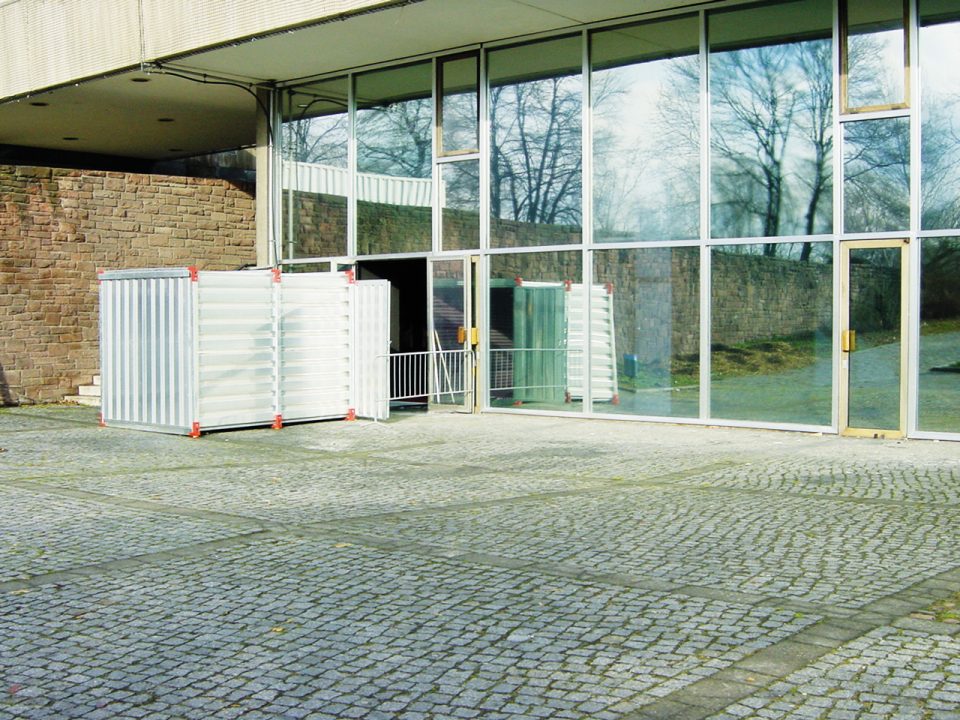 Far Near Distance, Centre of the World Cultures, Berlin, 2004 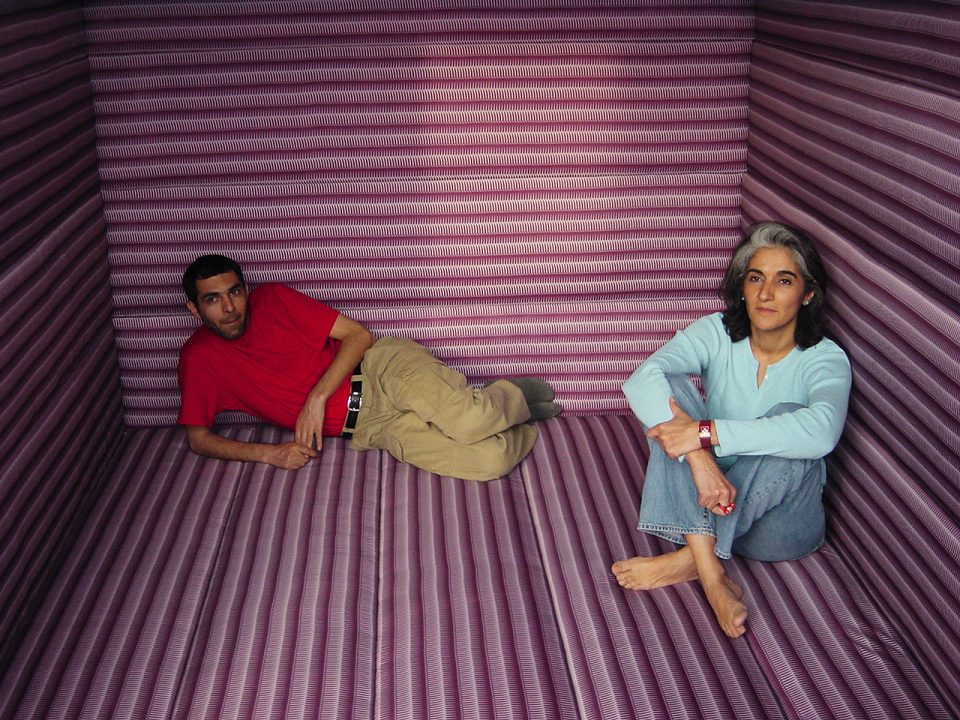 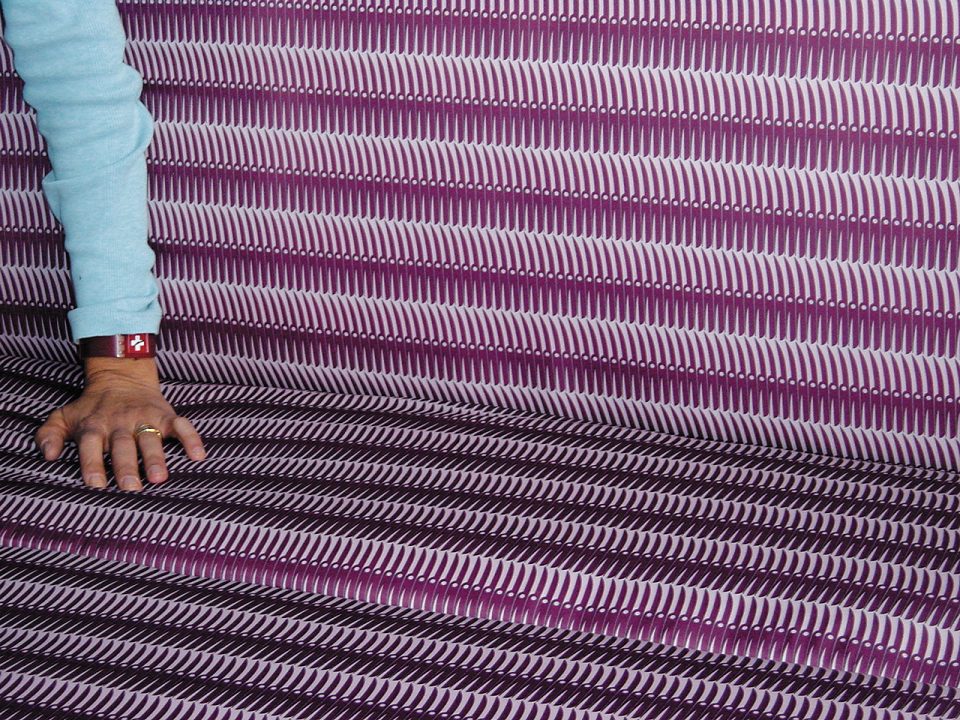