Viewers are often implicated in the violence portrayed in Forouhar’s work. In a new series of works titled Boardgames, pawns and dice invite viewers to play games on boards made with digital drawings of figures adorned with weapons. The implication of the viewer is reiterated. R. Heidenhein 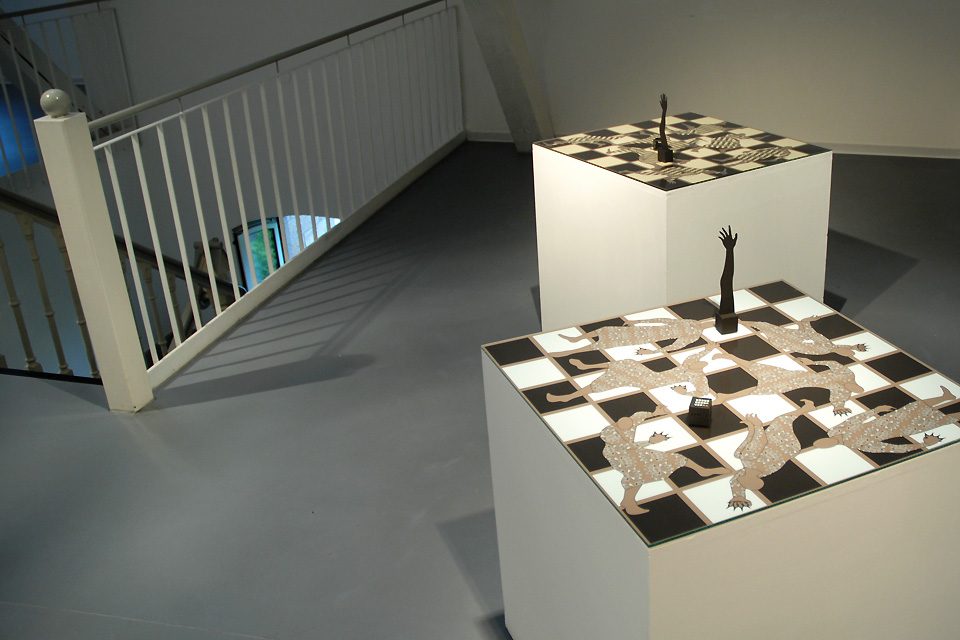 He kills me, He kills me Not II, City Gallery of Neunkirchen, 2013 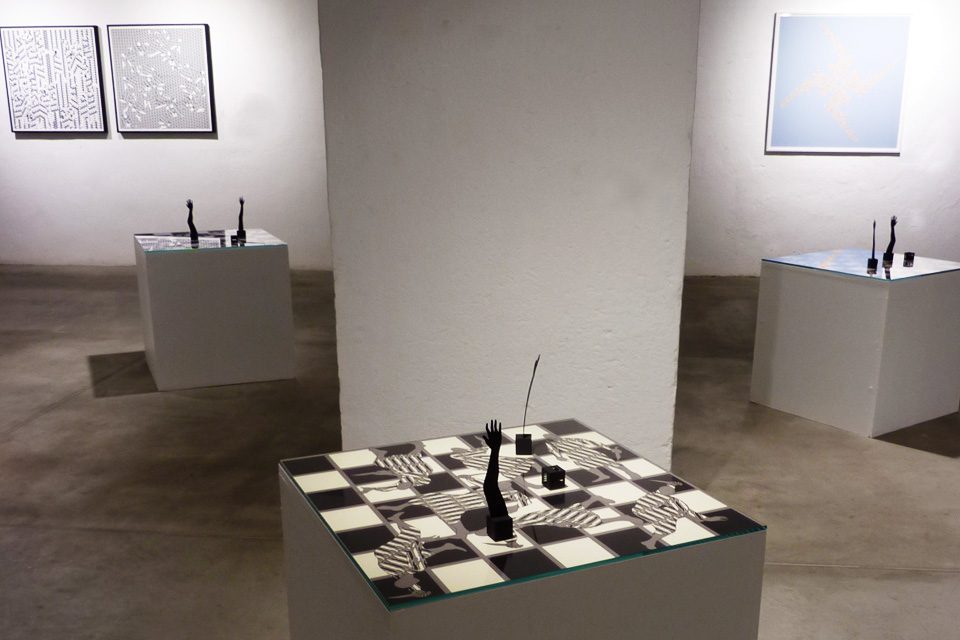 He Kills me, He Kills me Not, Verso Artecontemporanea, Turin, 2010 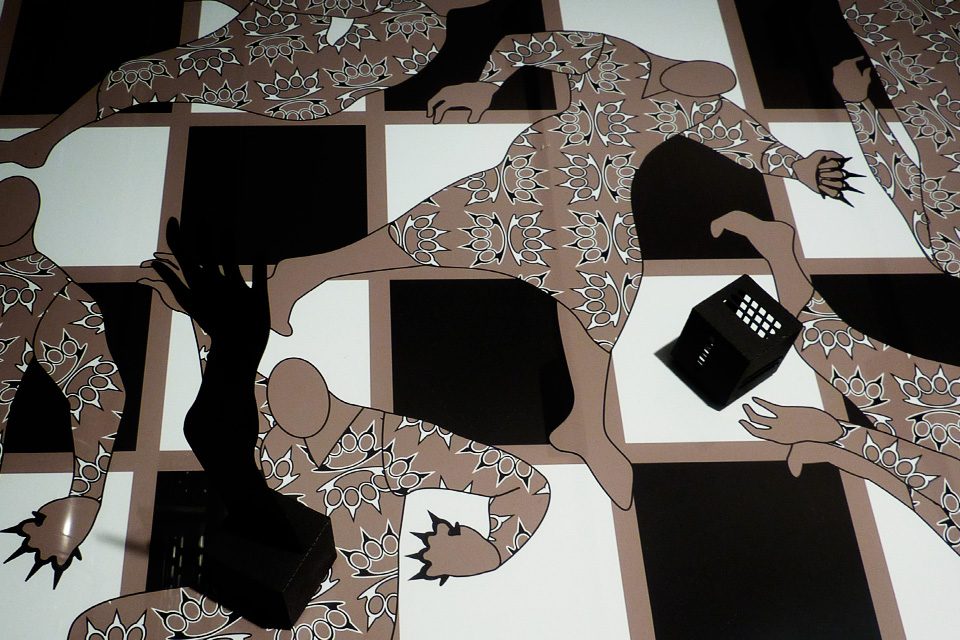 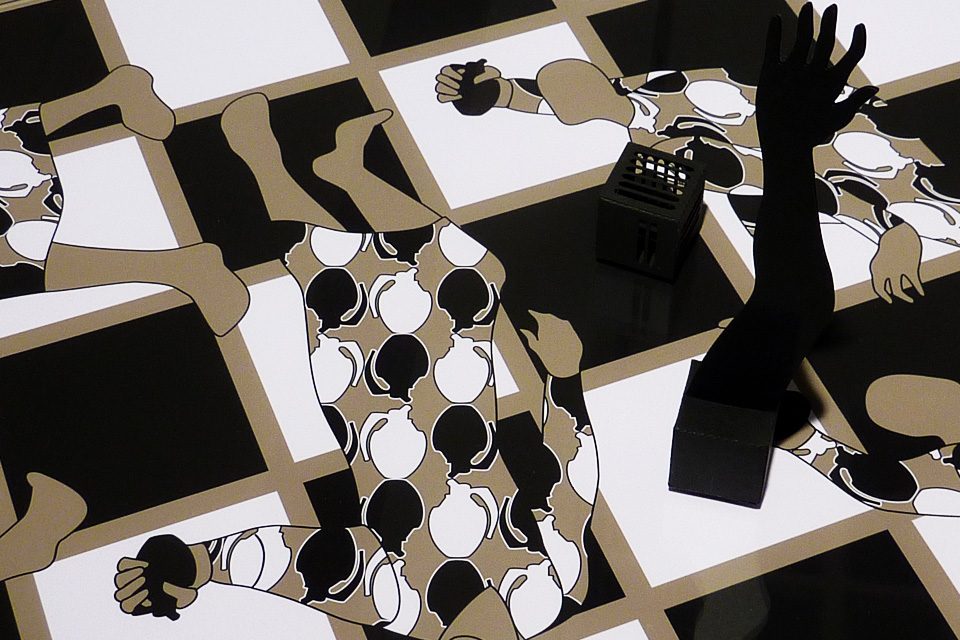 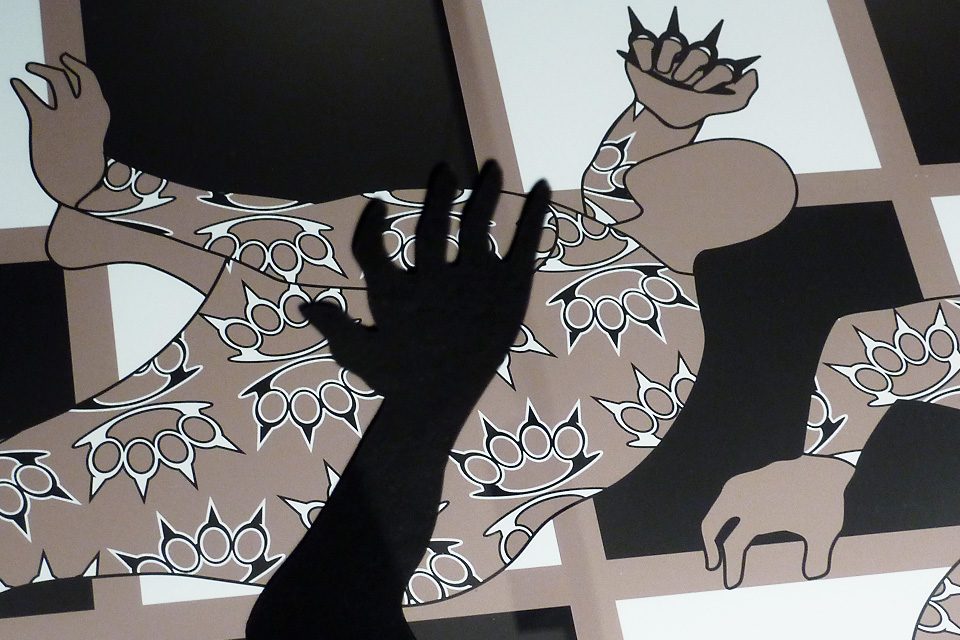 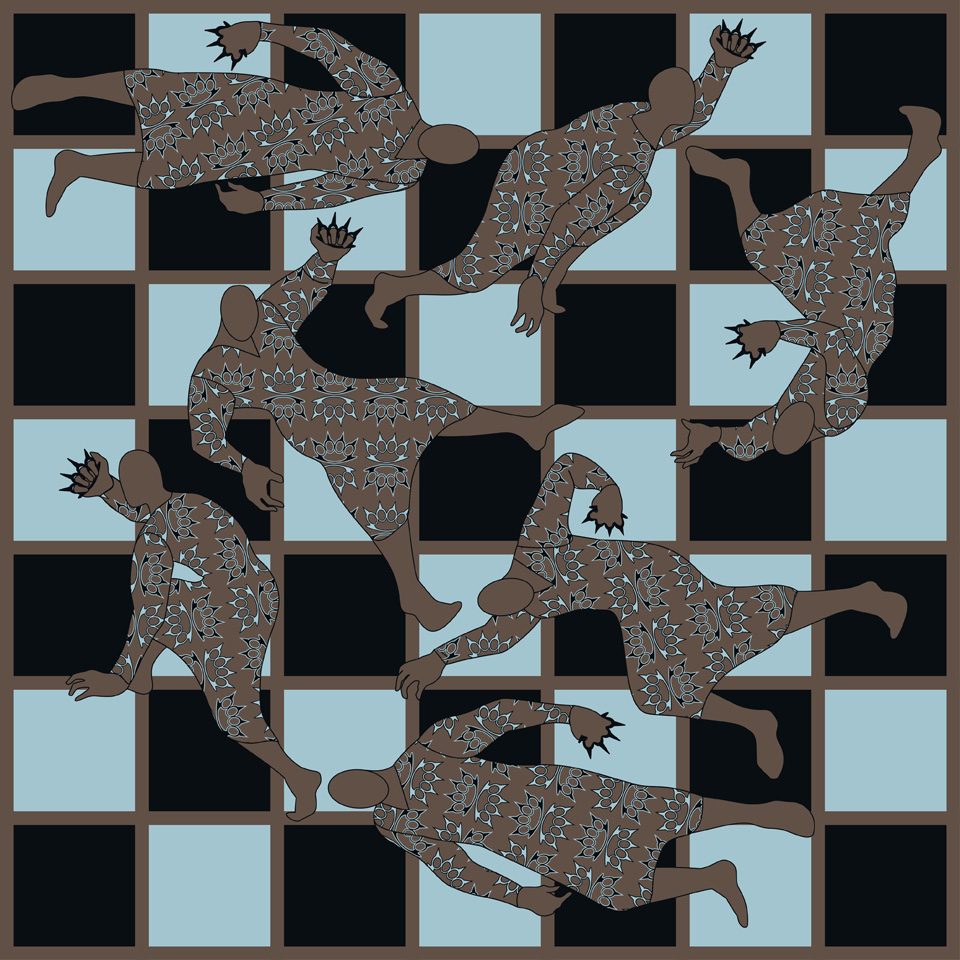 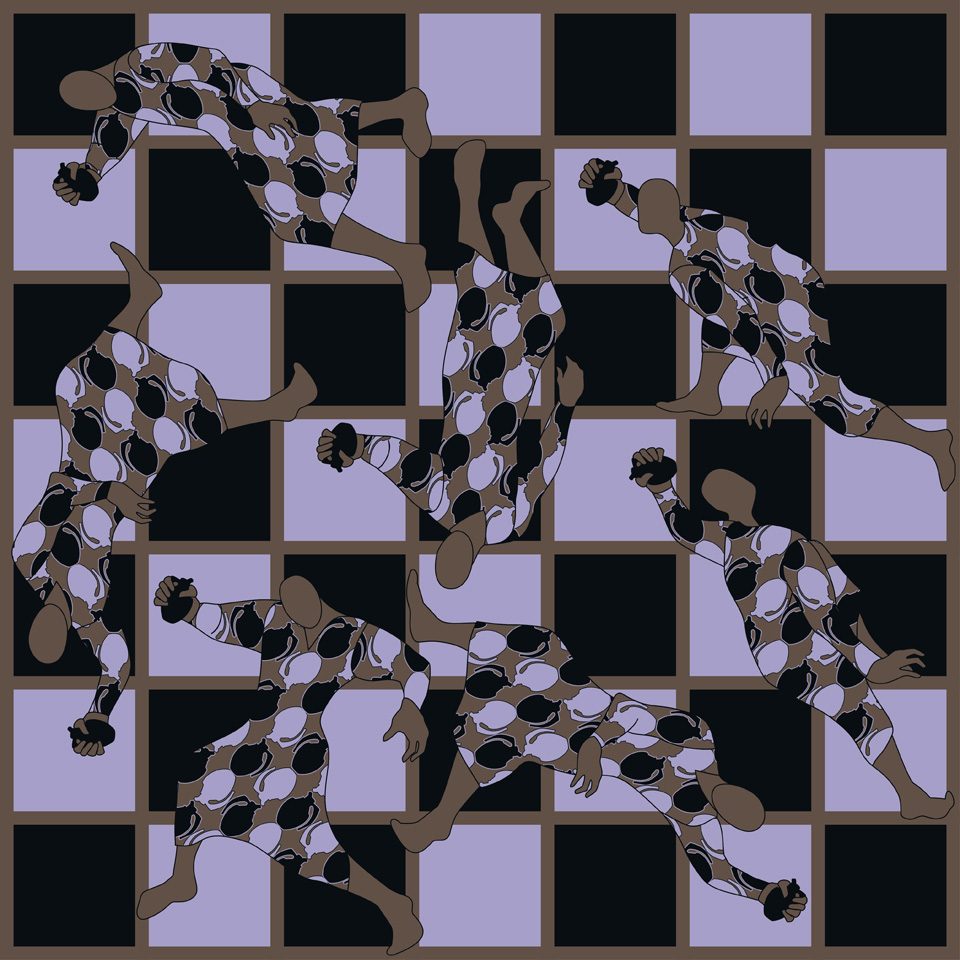 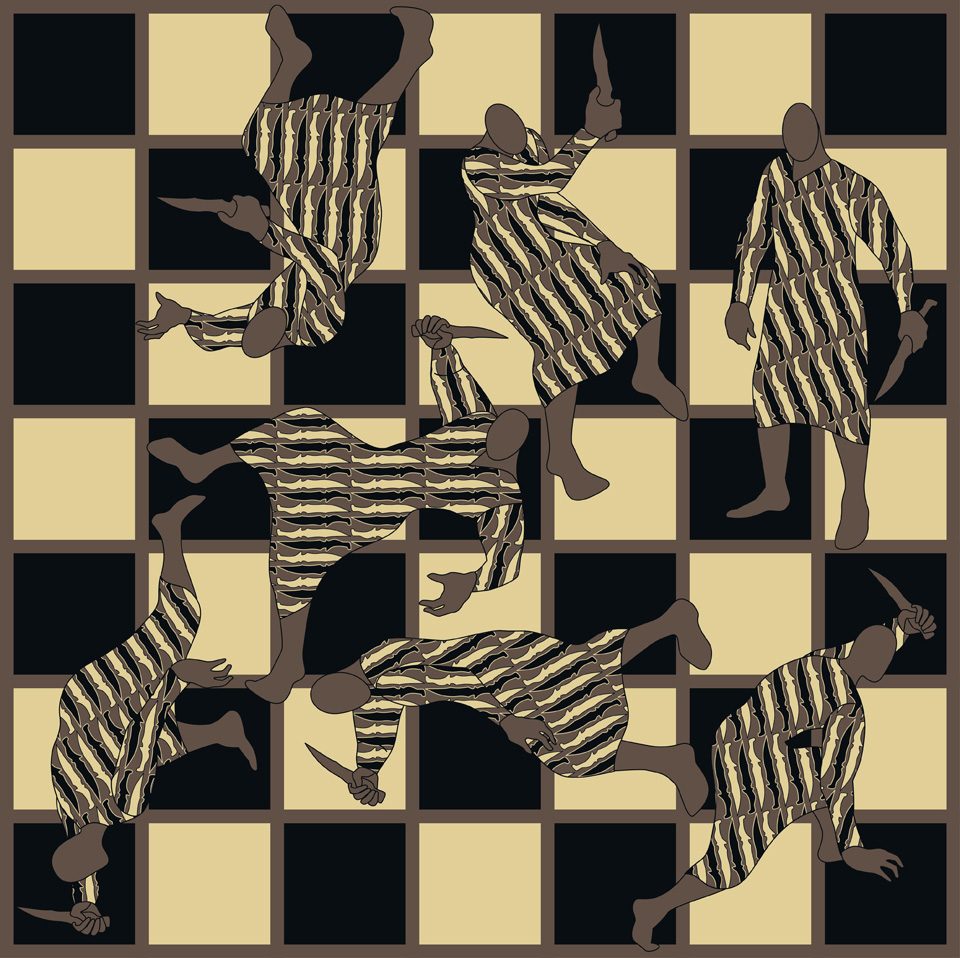 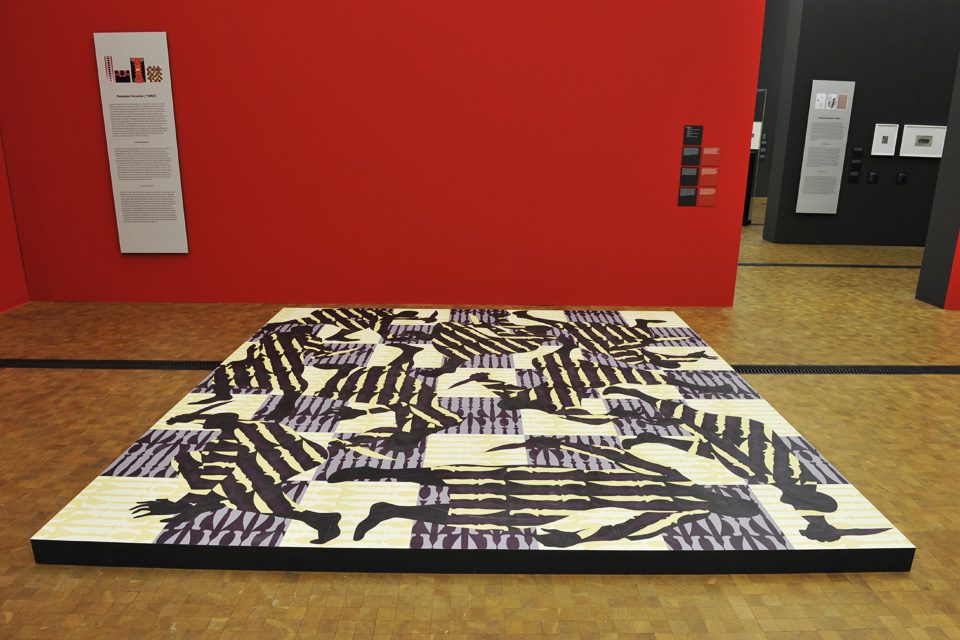 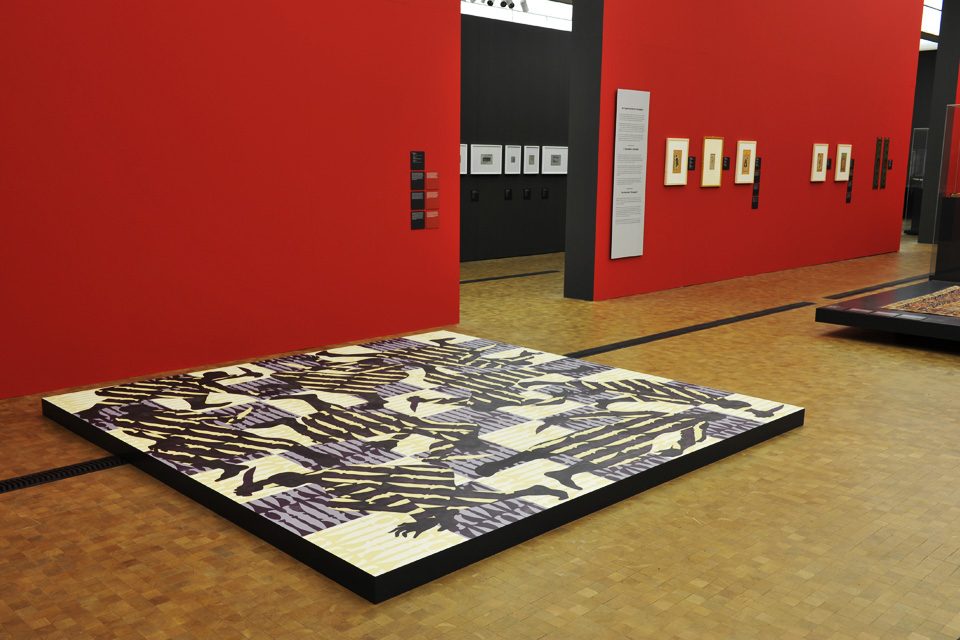 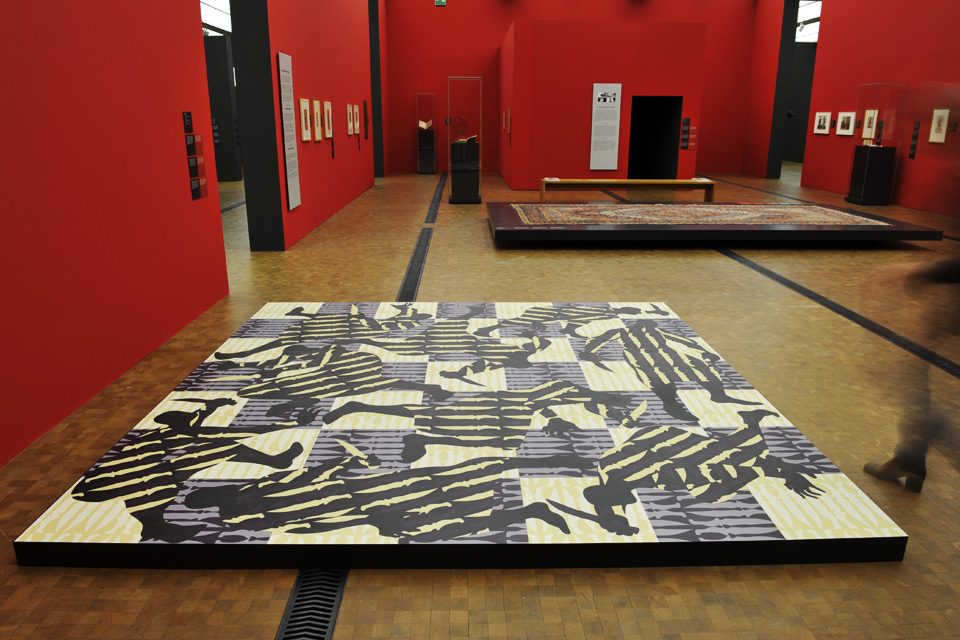 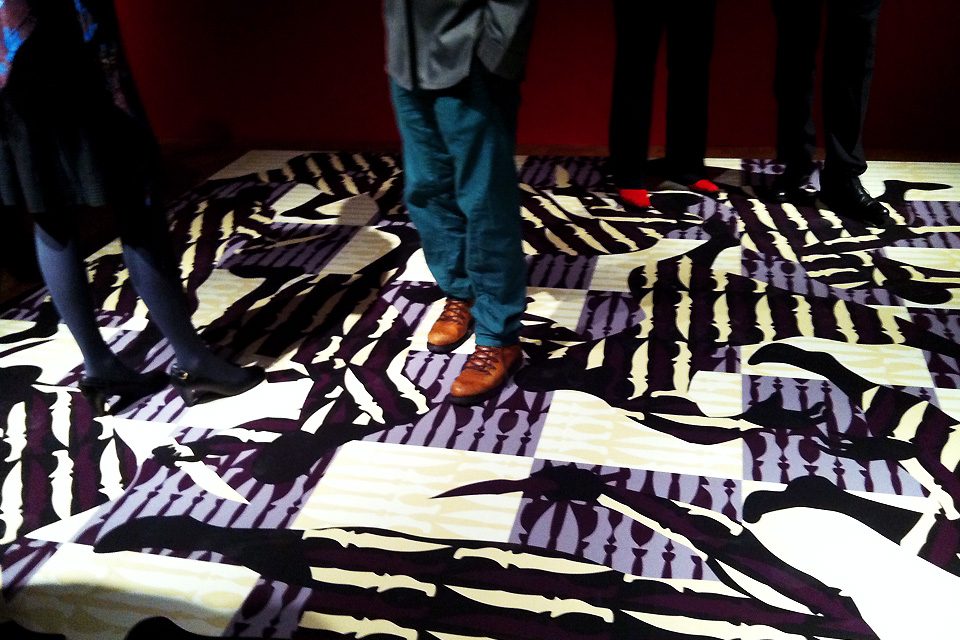 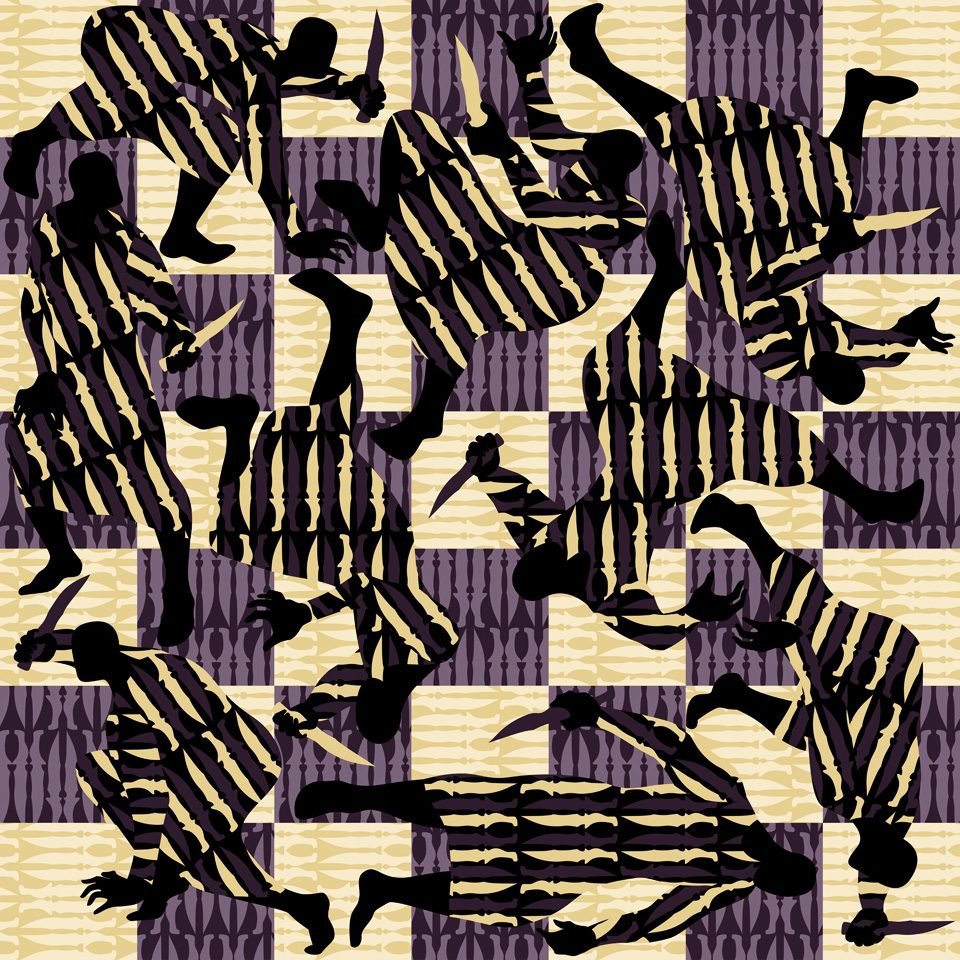