The Signs series uses pictograms. These universally comprehensible symbols are compact, informative images that are easily deciphered. As a form of visual communication they serve to overcome language barriers – they are more or less global.
But Parastou Forouhar’s signs are not so much street signs as signs on the road of life, showing faceless women in long veils and men. Crucially, a pictogram has to trigger a chain of associations, and so we read the signs directly as No Women in the Fast Lane, to give an example. In a tongue-in-cheek reference to the functionality, clarity and unequivocality of the image for as many viewers as possible, Forouhar raises the question as to just how far patterns of observation can be reduced. What is disturbing is that such patterns are by no means unusual – otherwise, how could we possibly read the pictograms at all? Forouhar reflects on the structures that affect the way we make distinctions and addresses this repertoire of signs as problematic.
The fact that the women are wearing the chador indicates that the signs are situated in the Middle East. This, in turn, addresses stereotyping of gender roles in Islamic countries. The space allocated to the women in the signs is extremely restricted – they have less space than the men – and is defined by a red line, which forms, as it were, a double boundary. For the boundary between the male and female spaces is already defined by the veil, which marks the boundary between the private and the public, between seeing and being seen. In this respect, the signs are signs of gender difference.
Given the controversy surrounding the Islamic dress code in Europe, Forouhar’s signs can also be regarded as a reflection on the way boundaries to otherness are drawn. The male figures are not specifically designated as ‚Arabs’, but represent a universal standard. It is the feminine that embodies otherness. This amalgamation of the eastern and the feminine has a long tradition; the orientalists of the nineteenth century, for instance, spring to mind. Thus, the signs represent mechanisms of inclusion and exclusion that are still relevant today. The East is the Other. As Michel Foucault puts it, „in the universality of occidental reasoning, there is a dividing line that represents the orient.“.
Like the avant-garde art of the constructivists, Forouhar seeks an elementary formulaic language on which to base a new grammar and syntax of the visual. In contrast to the constructivists, however, Forouhar deploys an over-coding of signs, creating an ironic break.  Alexandra Karentzos 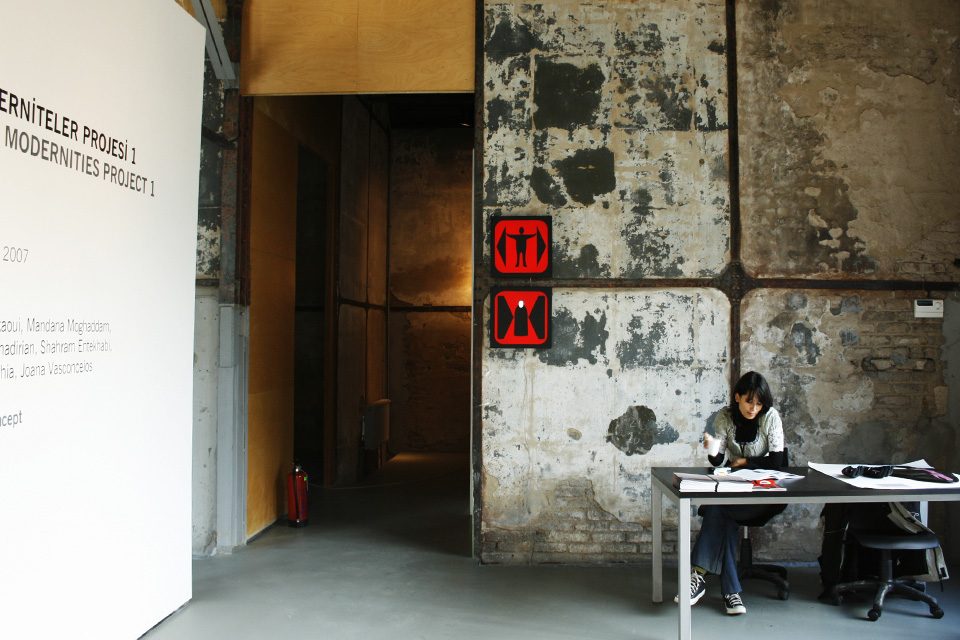 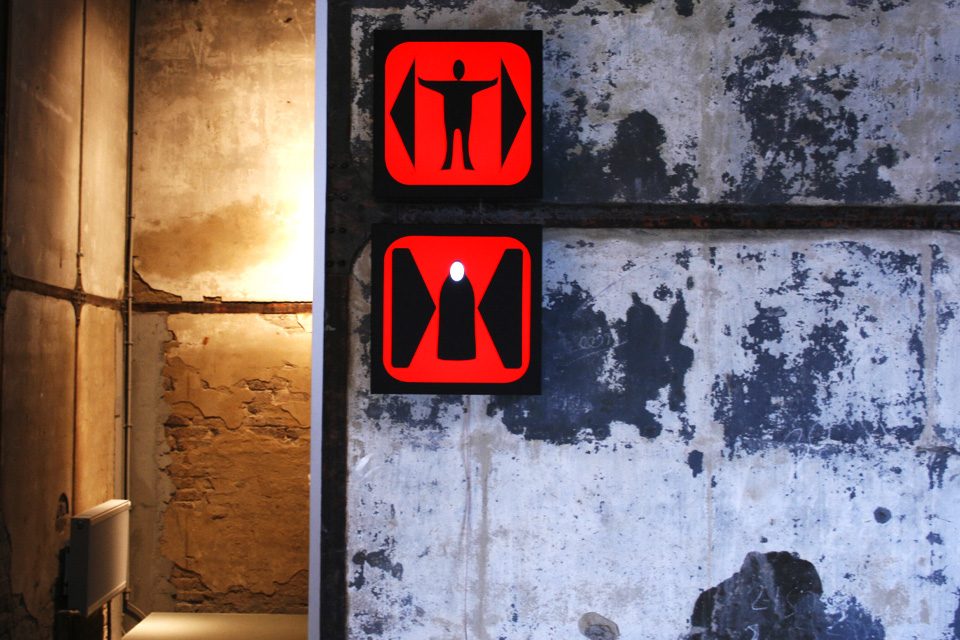 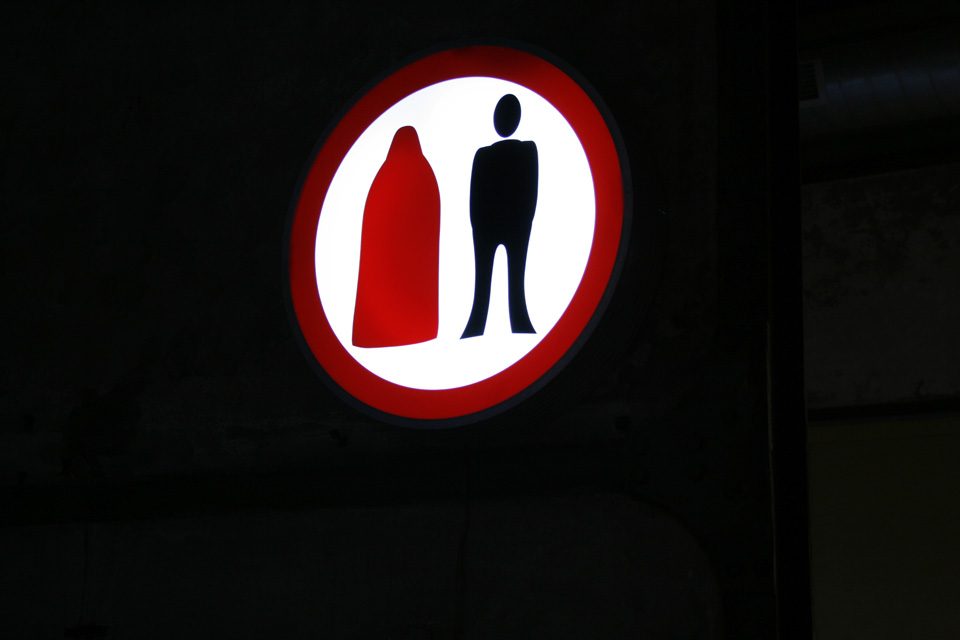 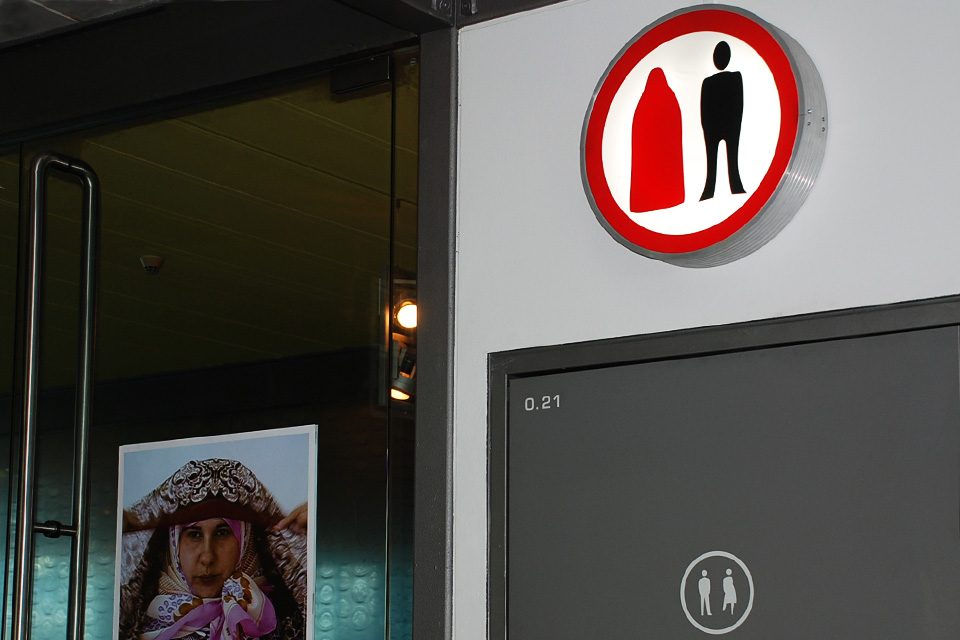 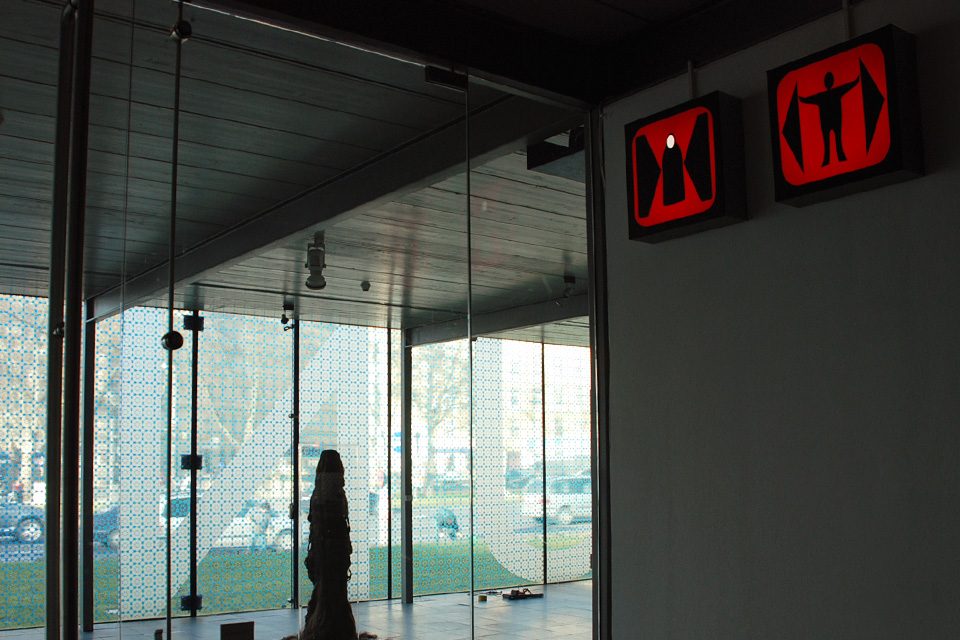 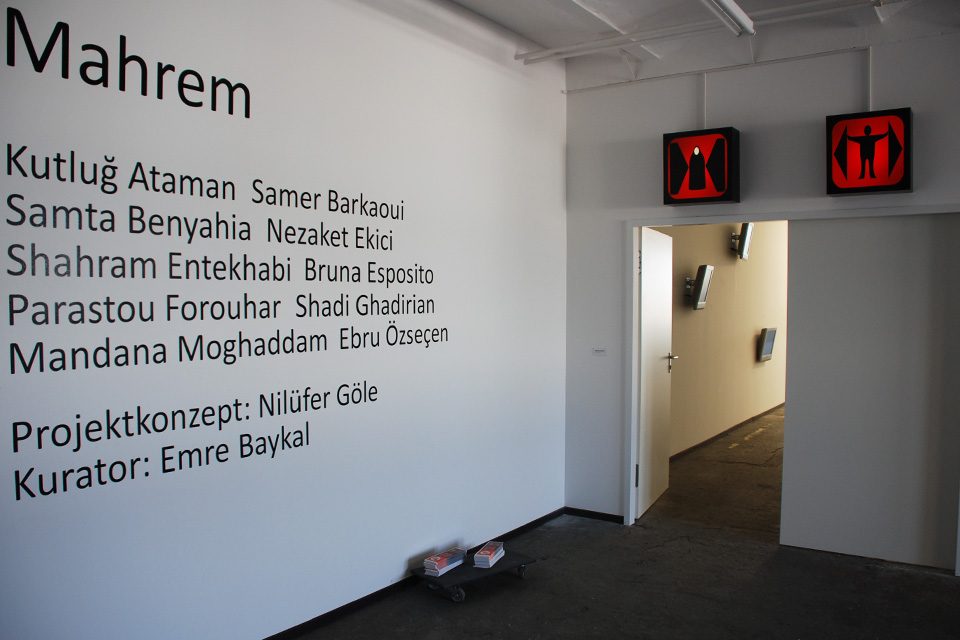 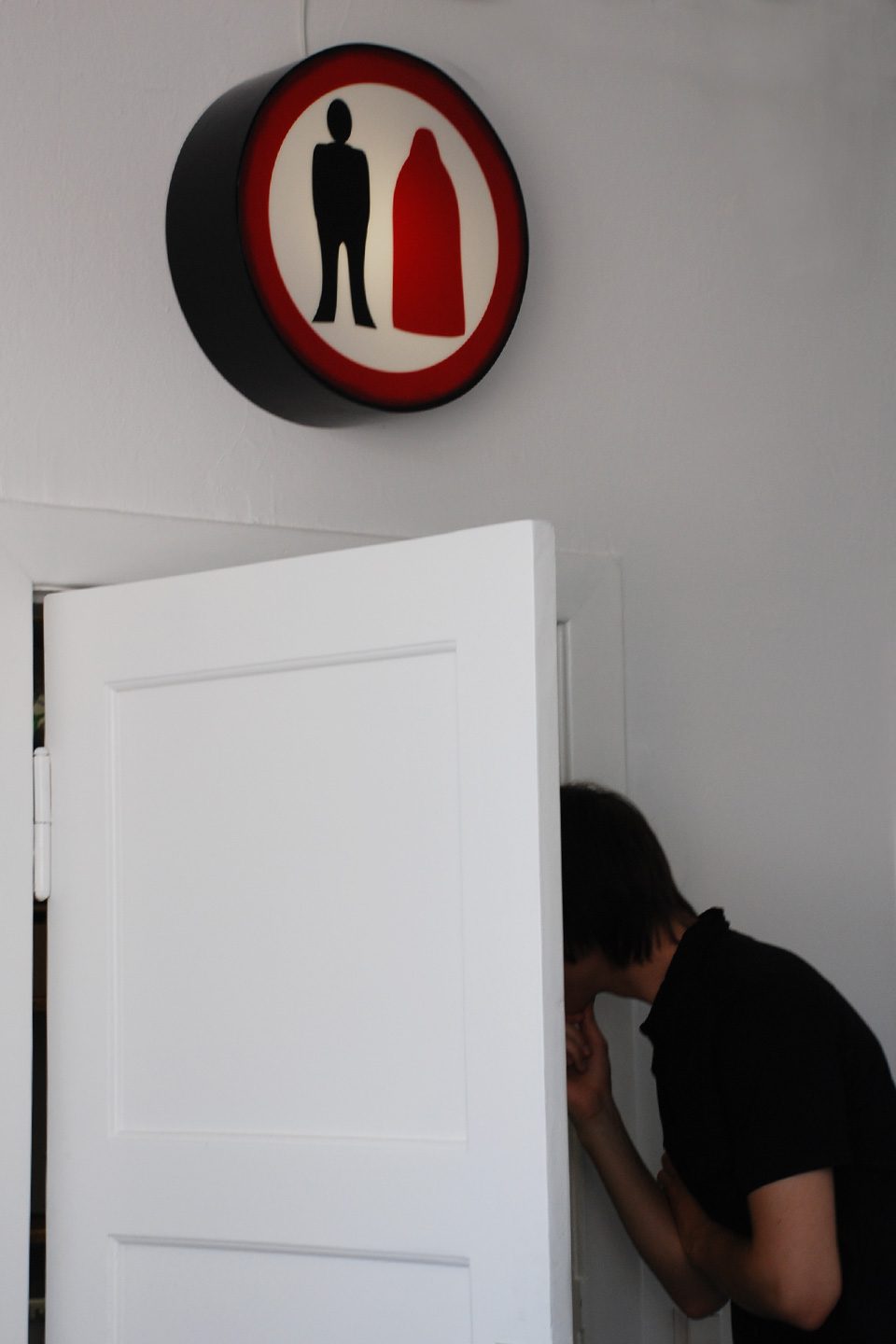 Series of digital print on Alu Dibond
all diameter 40 cm 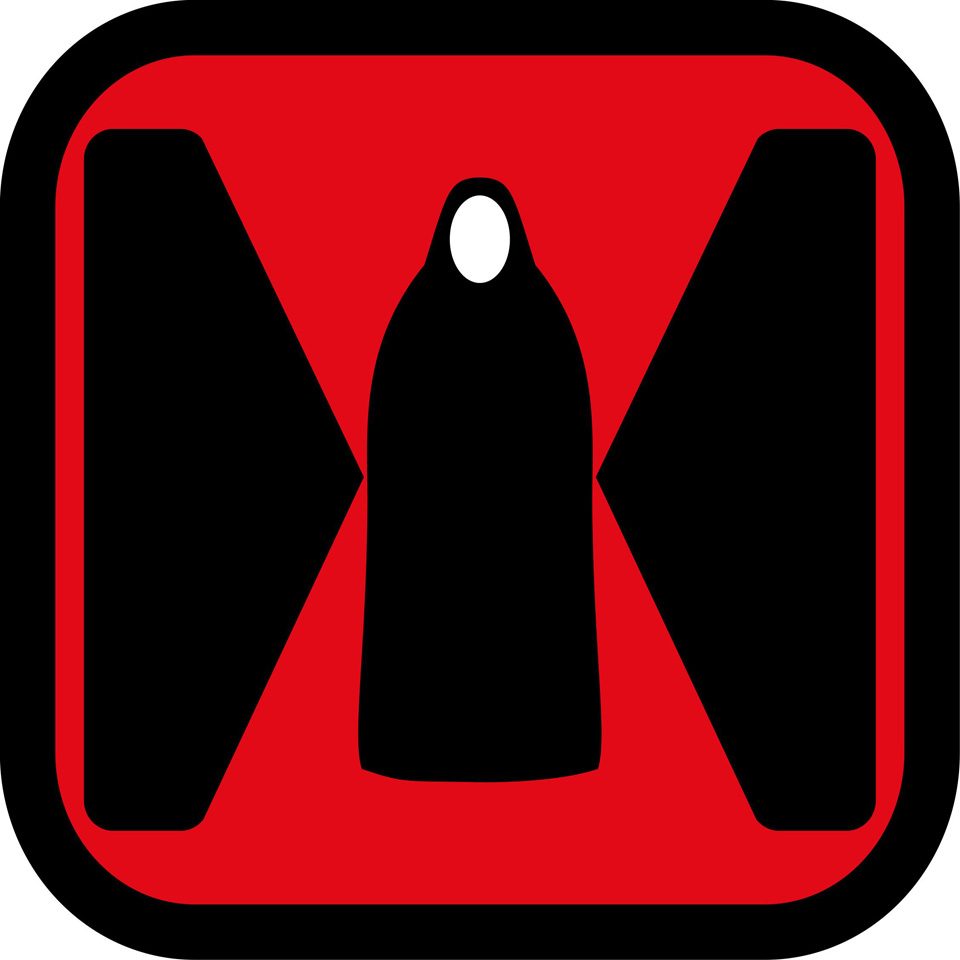 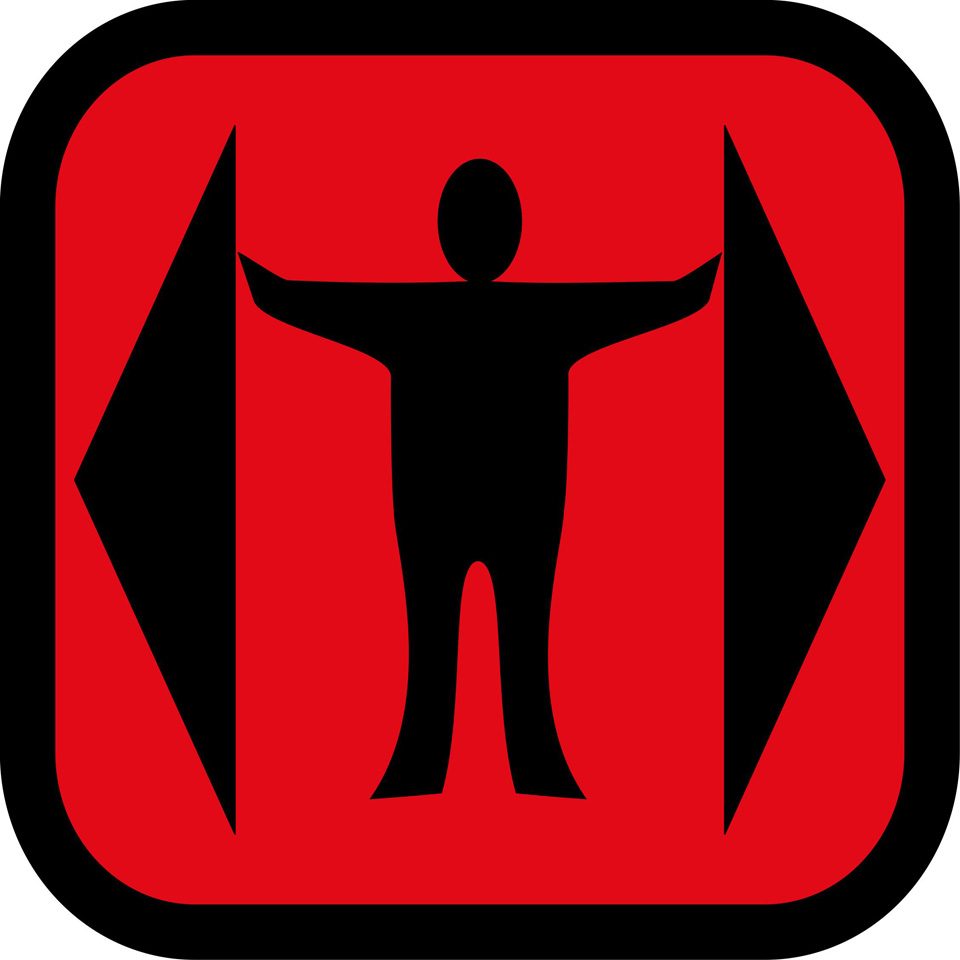 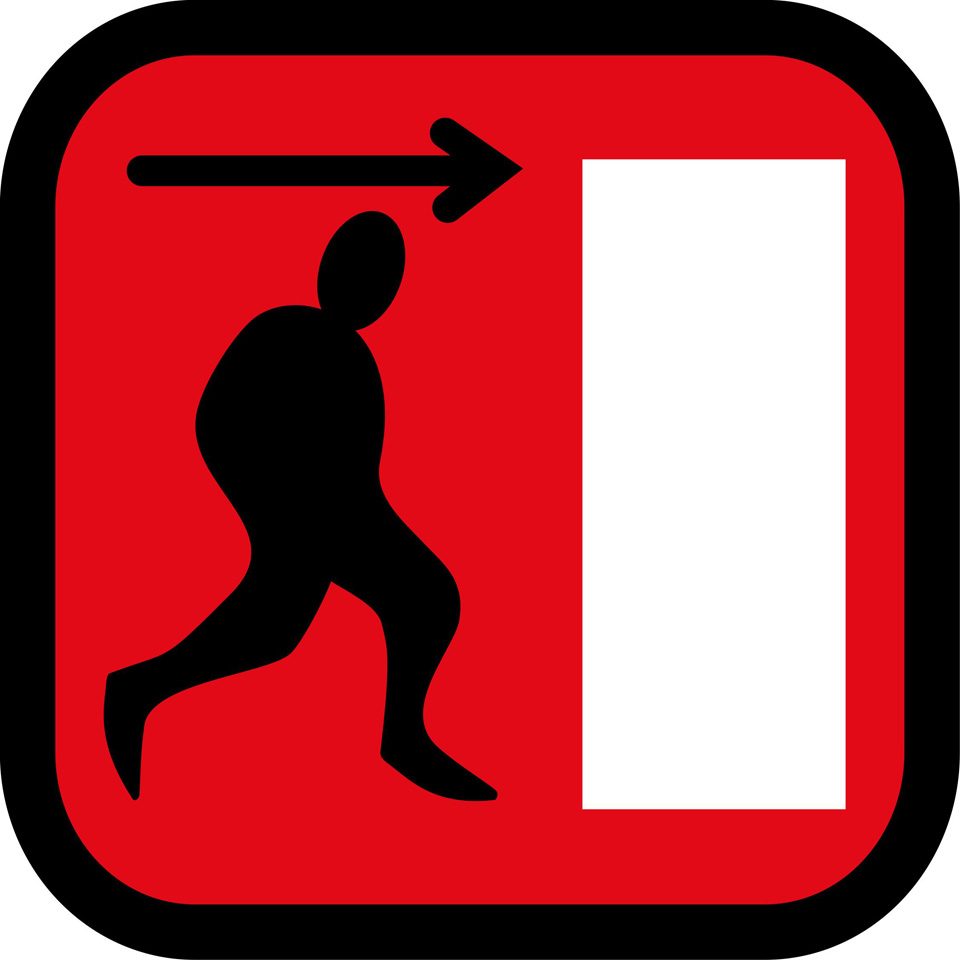 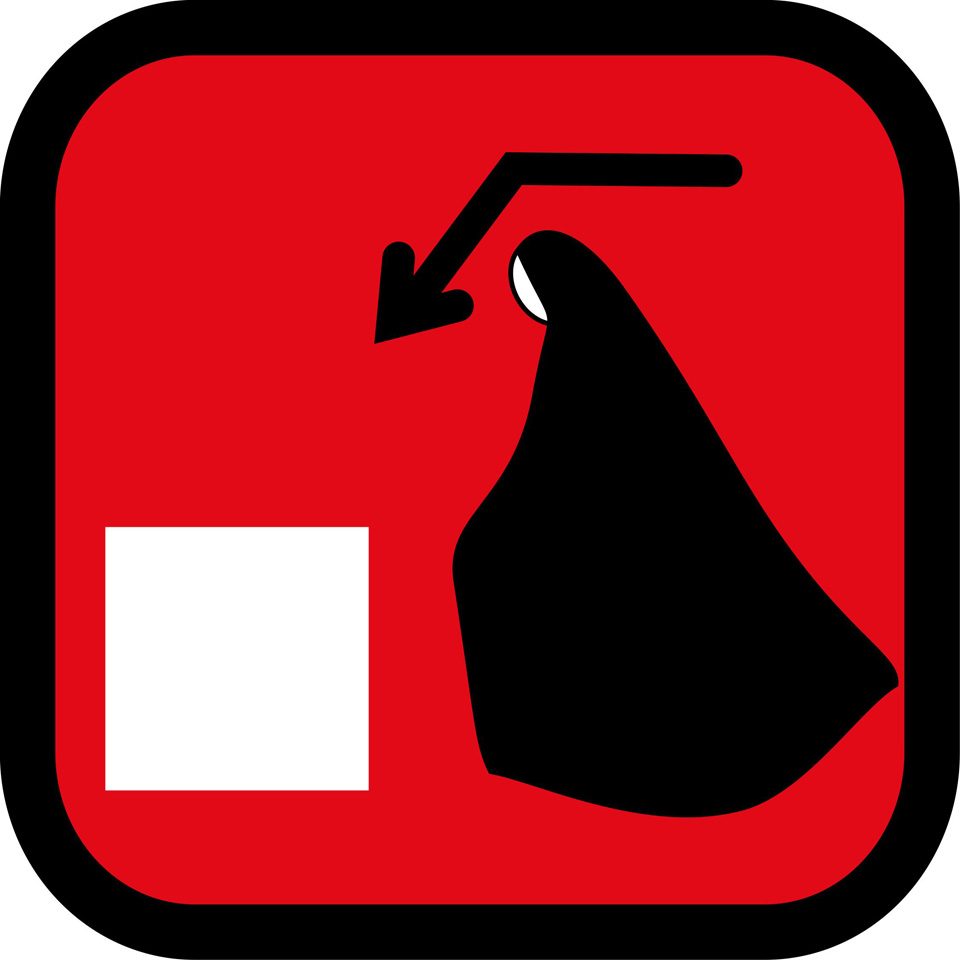 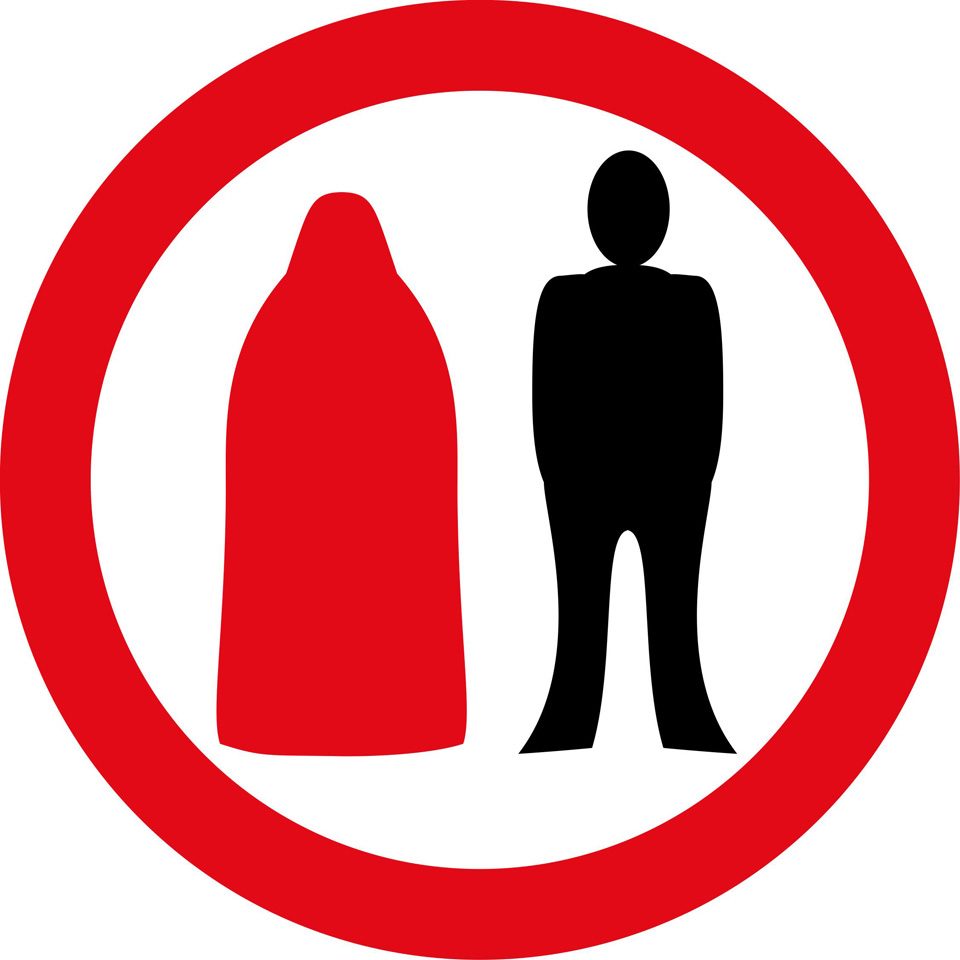 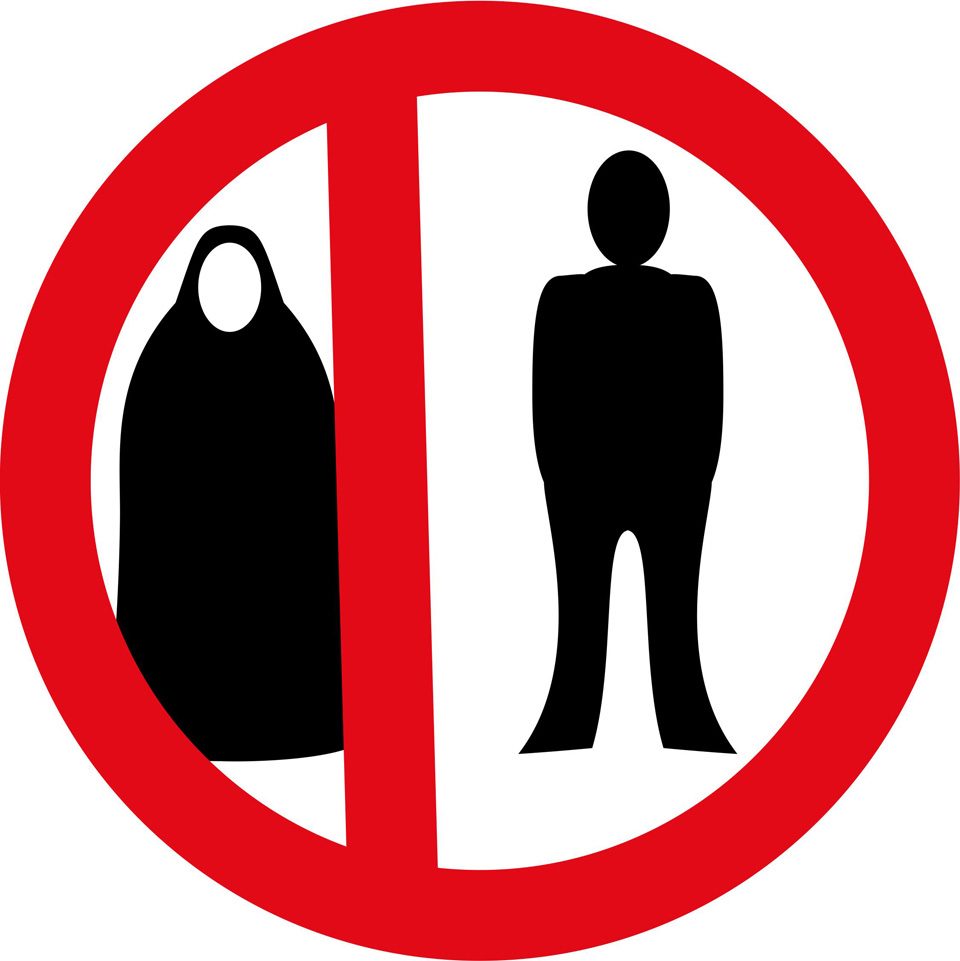 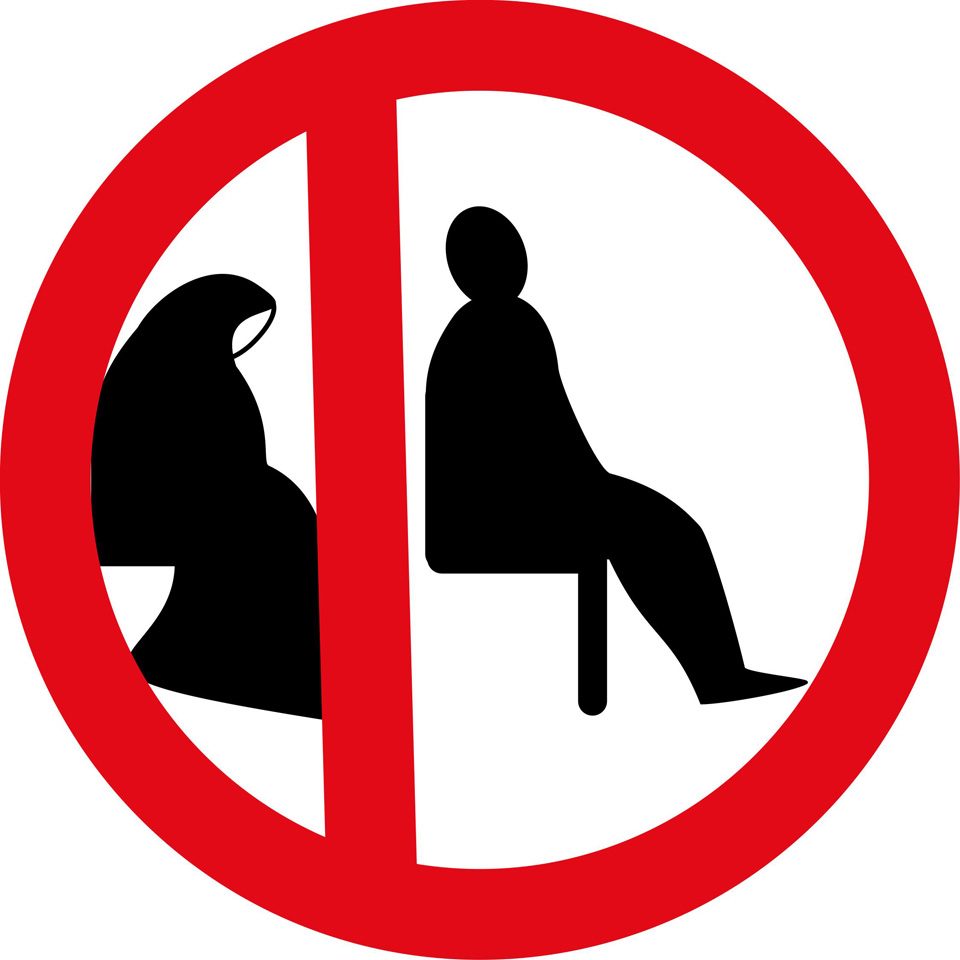 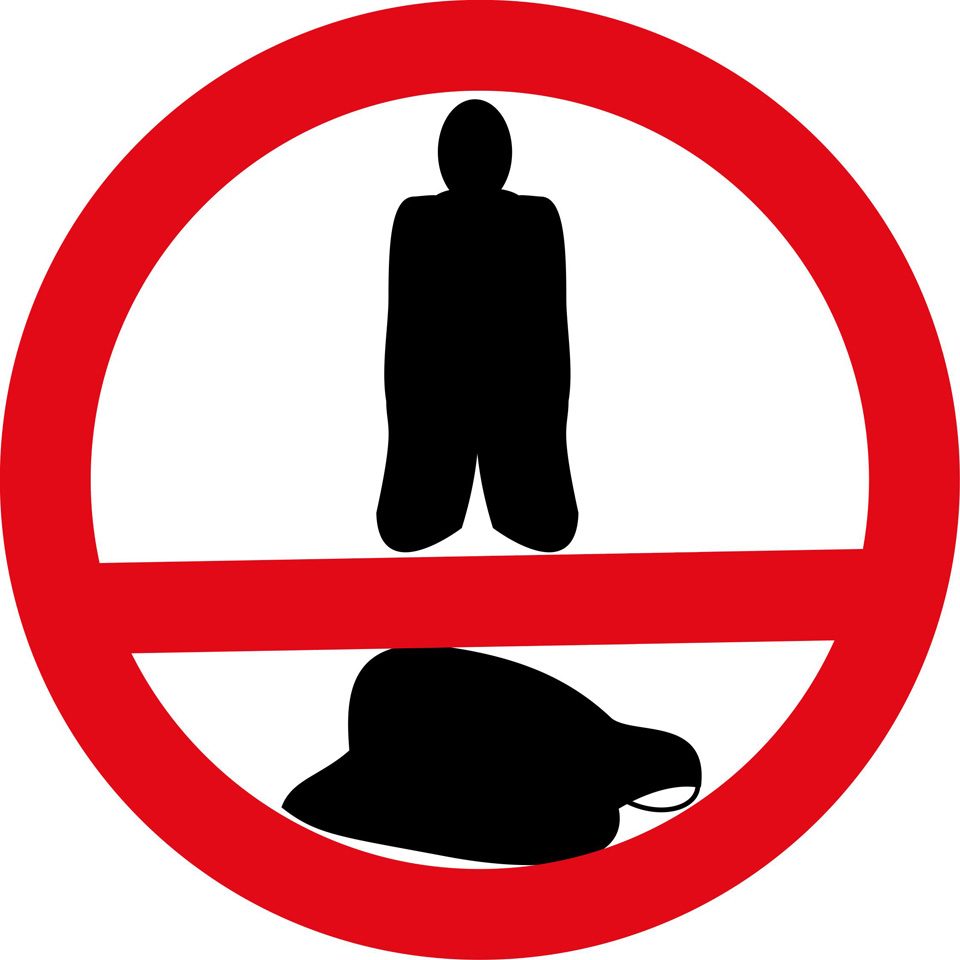 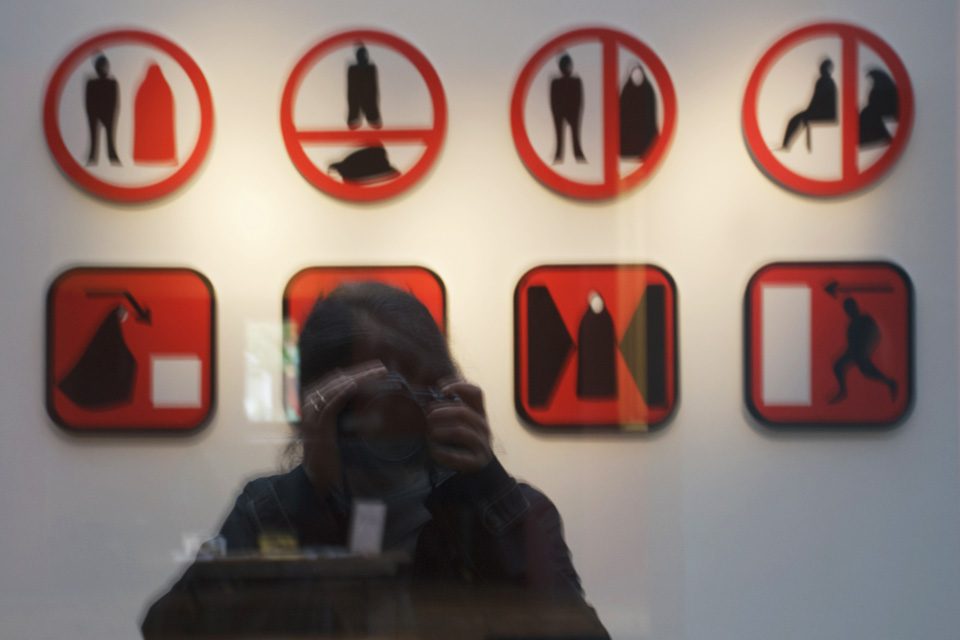 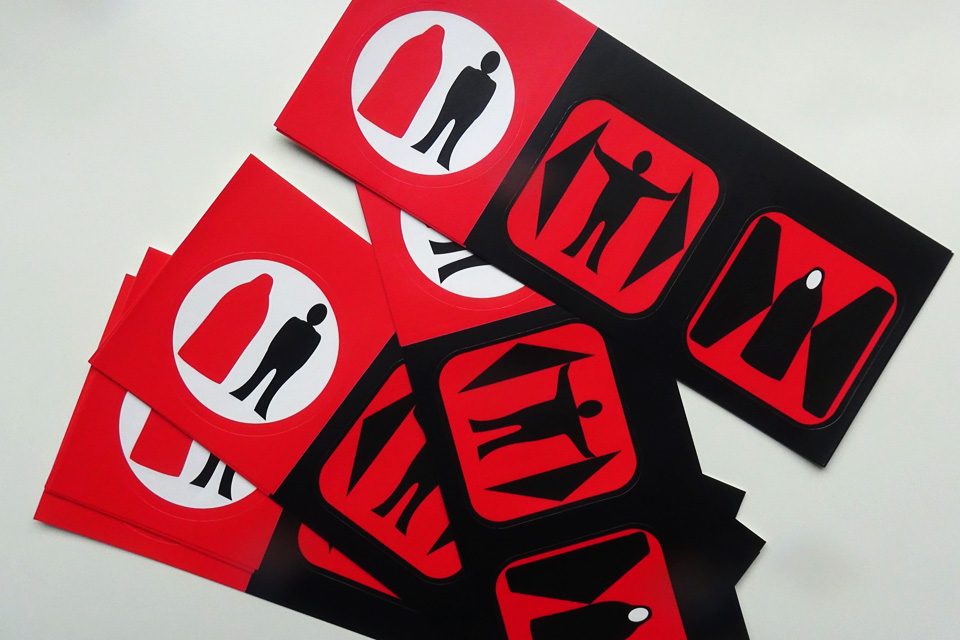 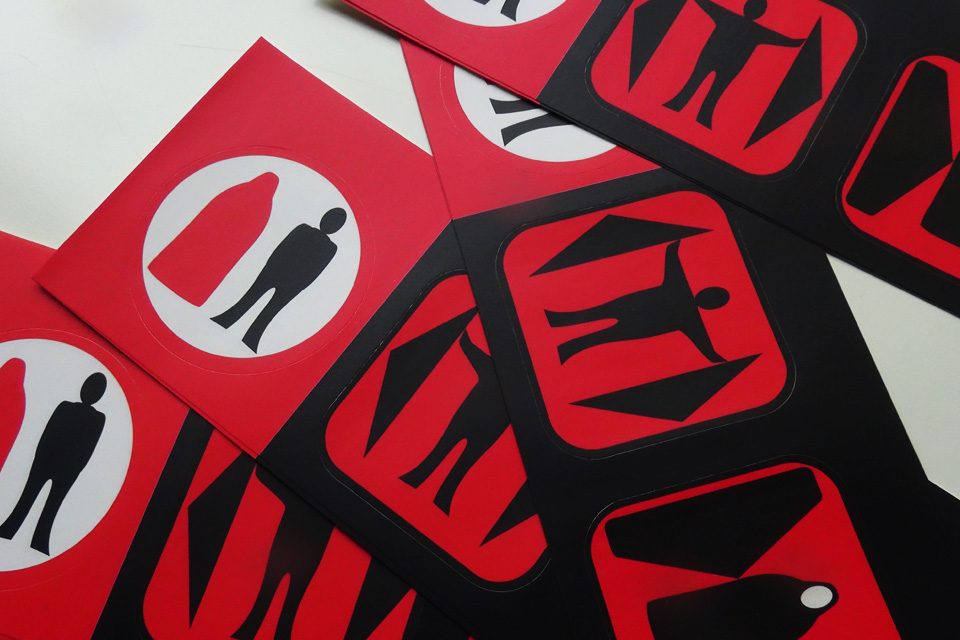 Sticker, Giveaways by the exhibition Mahrem, Tanas in Berlin and Kunsthalle Vienna, 2008