Artistbook, 2001
Take off your Shoes contains scenes from life under the Islamic regime in Iran, where bureaucracy is in many ways the same as it is everywhere: the disinterest and arrogance of the bureaucrats, their expectations of humility, their attributes of officialdom and masculinity, in this case, in the Islamic variation of turban, beard and desktop pennant. But something is different, something that adds a touch of humour. It is the persistence of the petitioner, her hint of resistance and its incompatibility with the system.
Parastou Forouhar has woven her own personal experience into this comic book. Take off your shoes is more than just a humorous take on bureaucracy. It is also a visual essay about her own endeavours to gain access to the files on the murder of her parents during a wave of political assassinations in Iran. Parastou Forouhar’s parents were prominent opposition politicians, who were stabbed to death in their home in Teheran on 21 November 1998. Herman Pfuetze 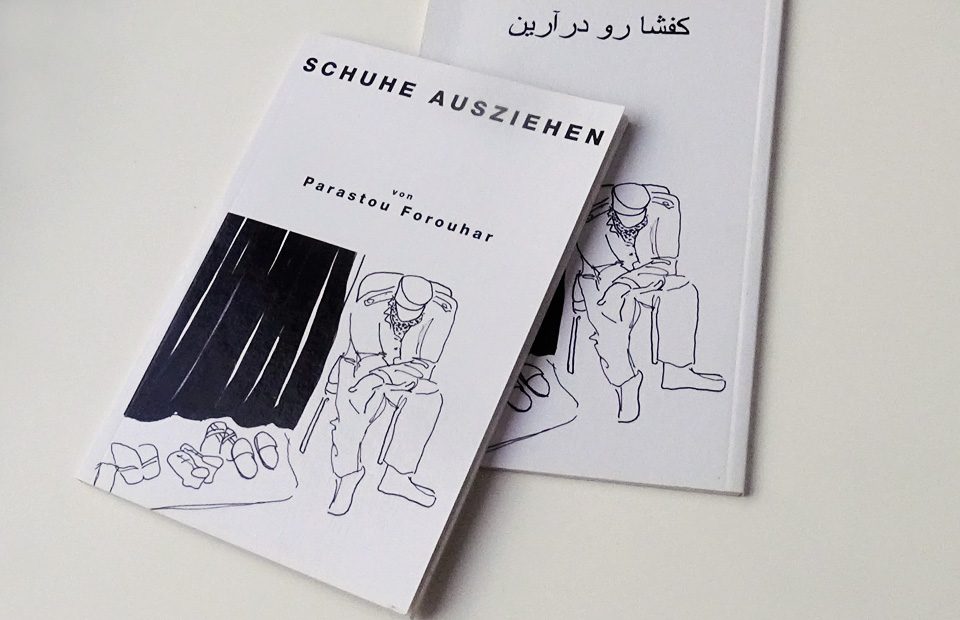 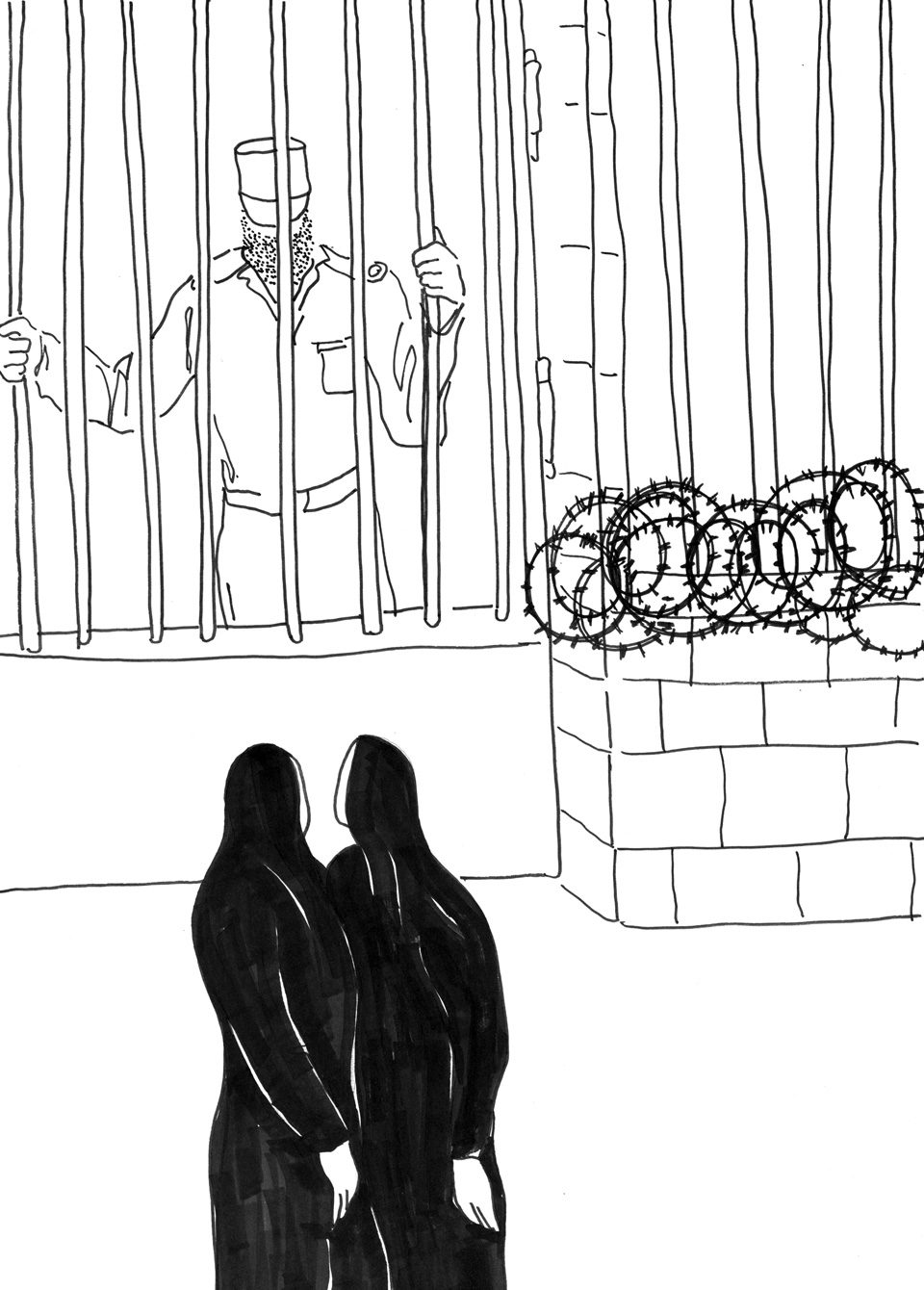 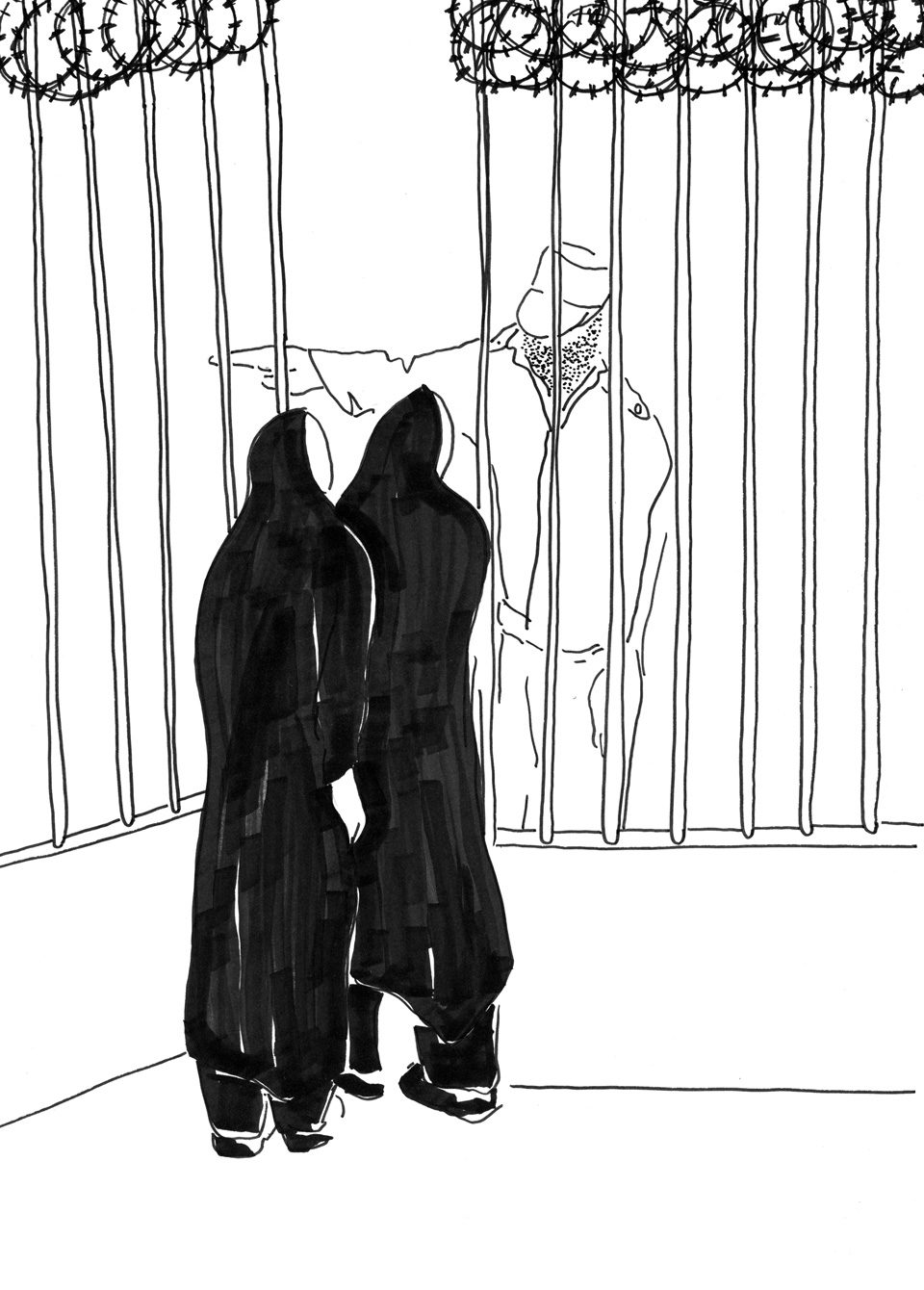 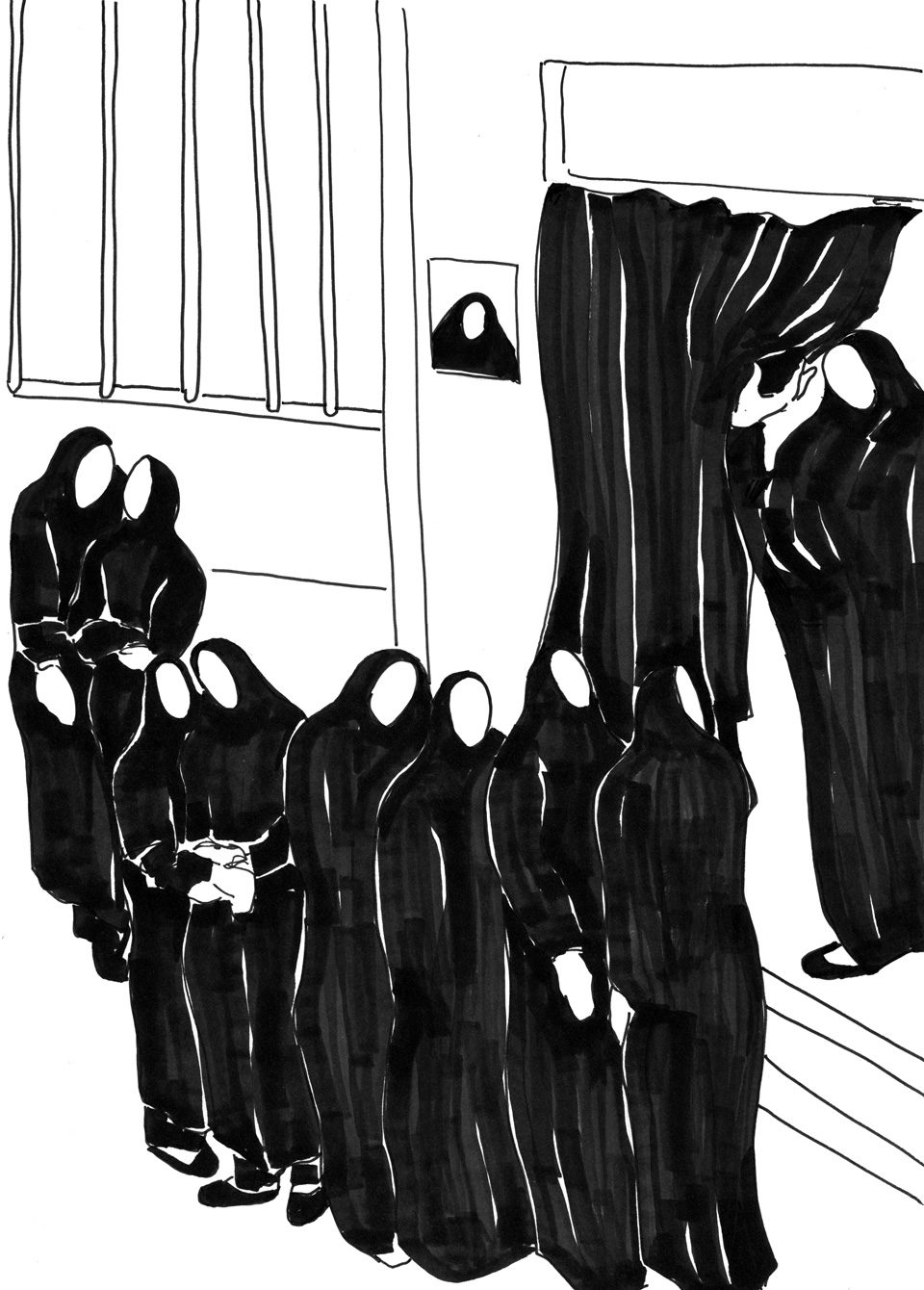 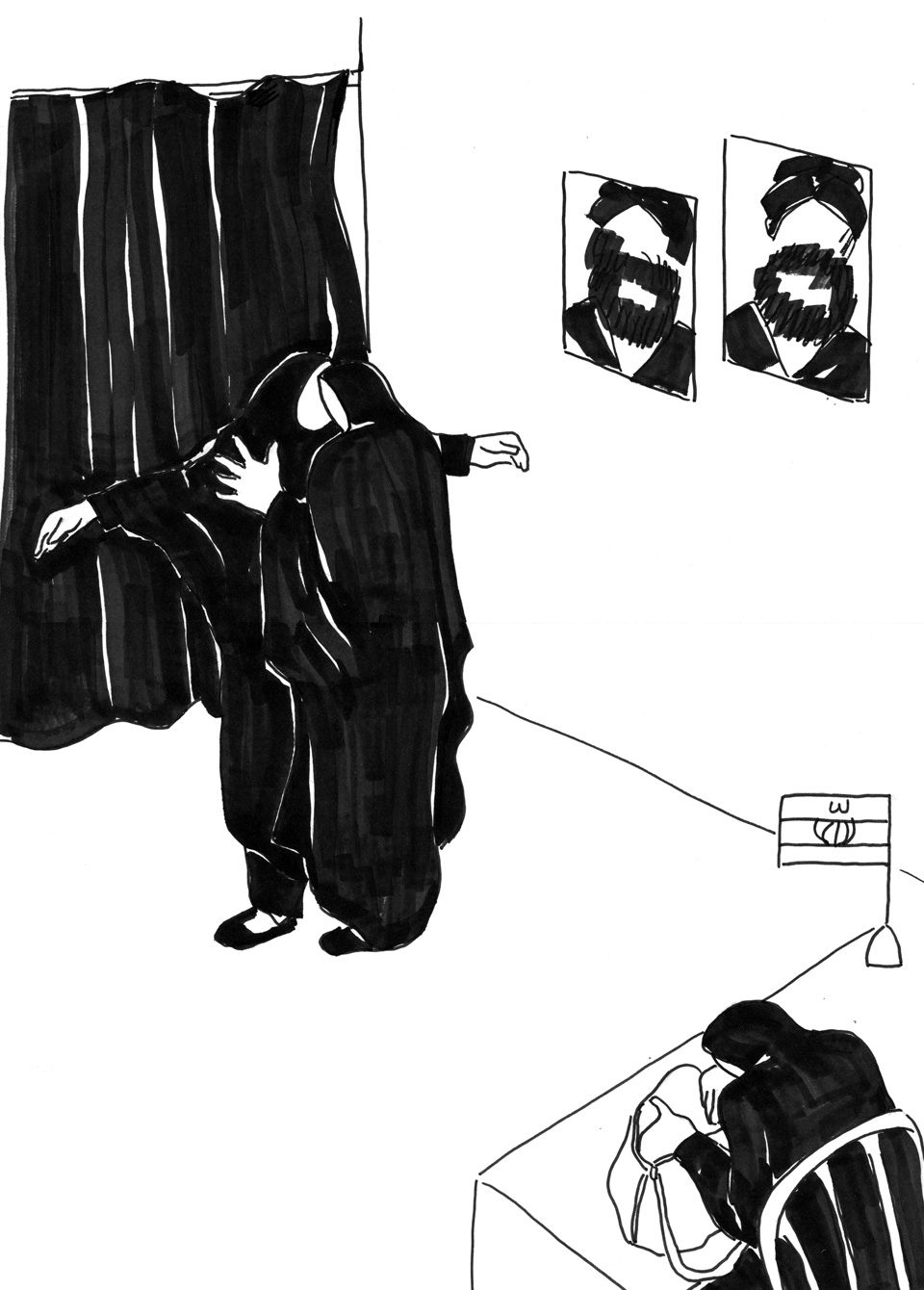 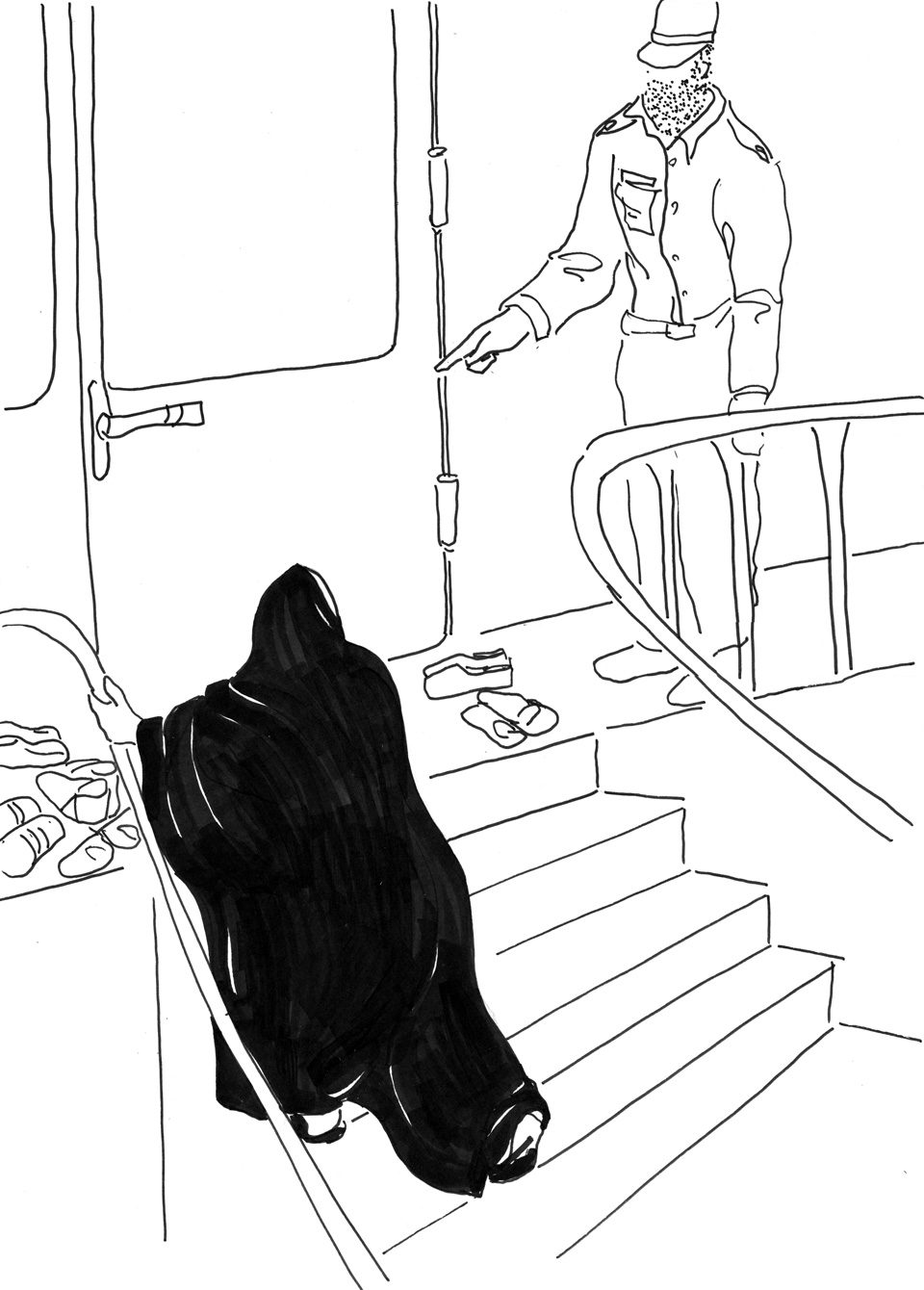 Take off your Shoes! 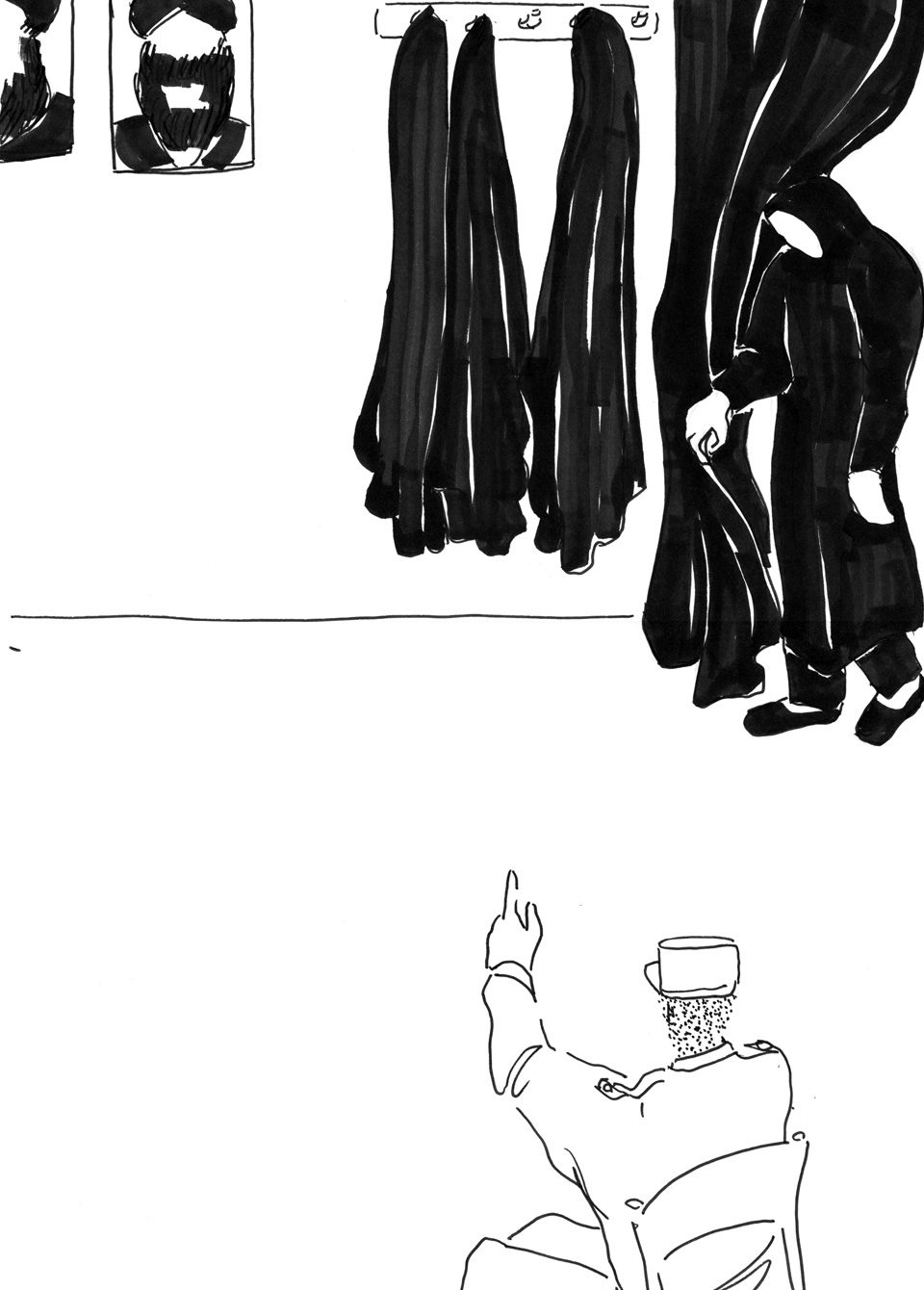 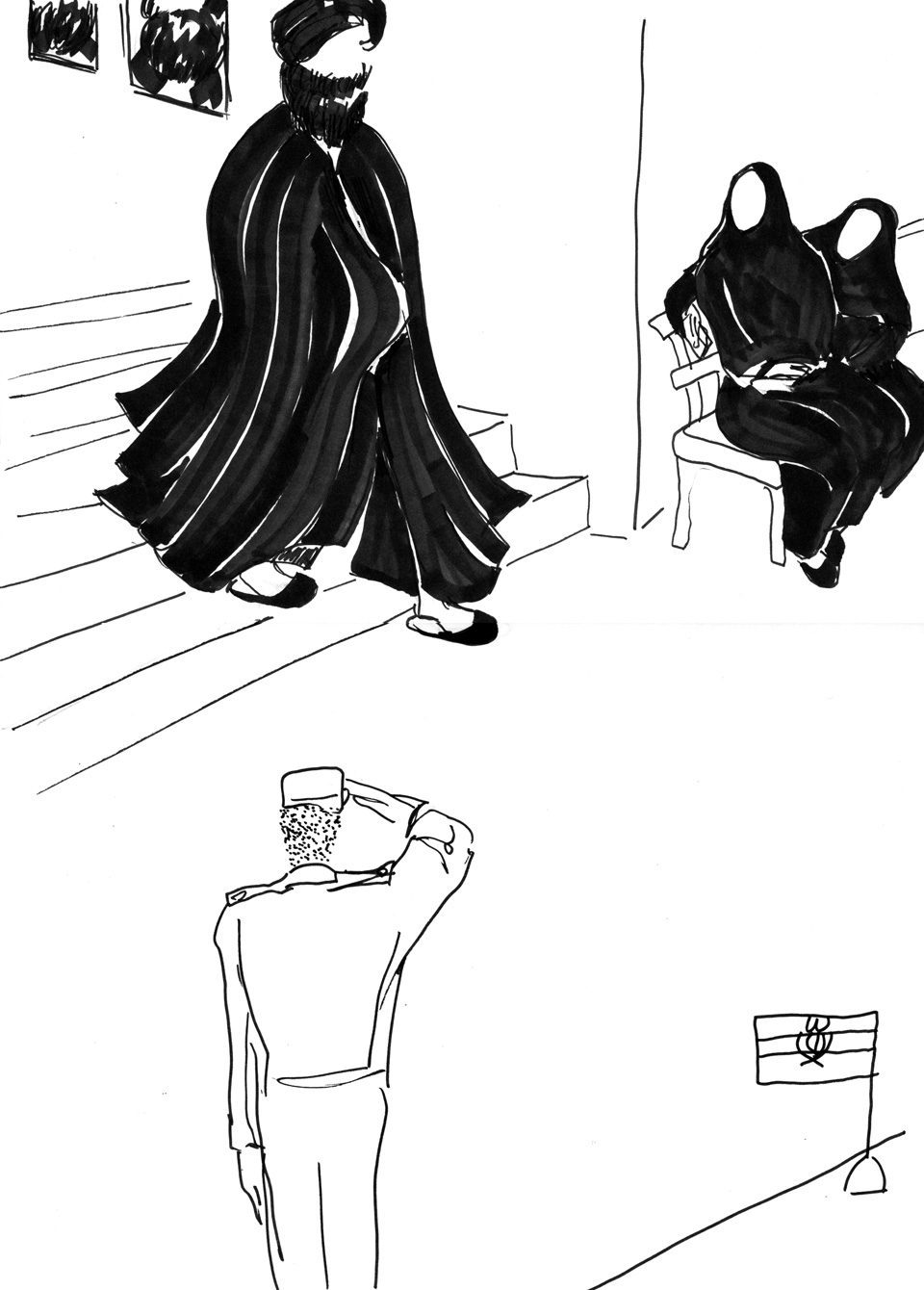 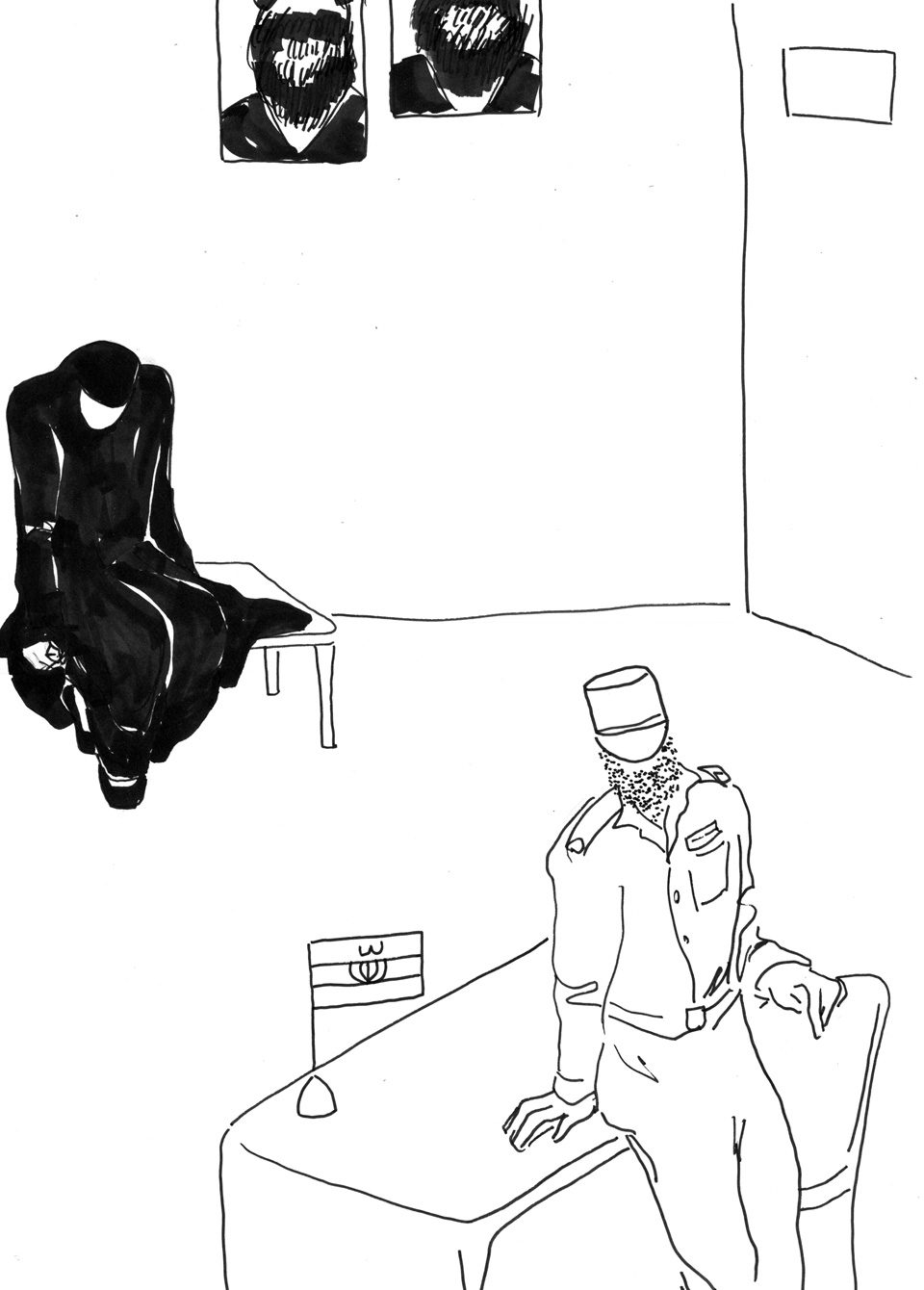 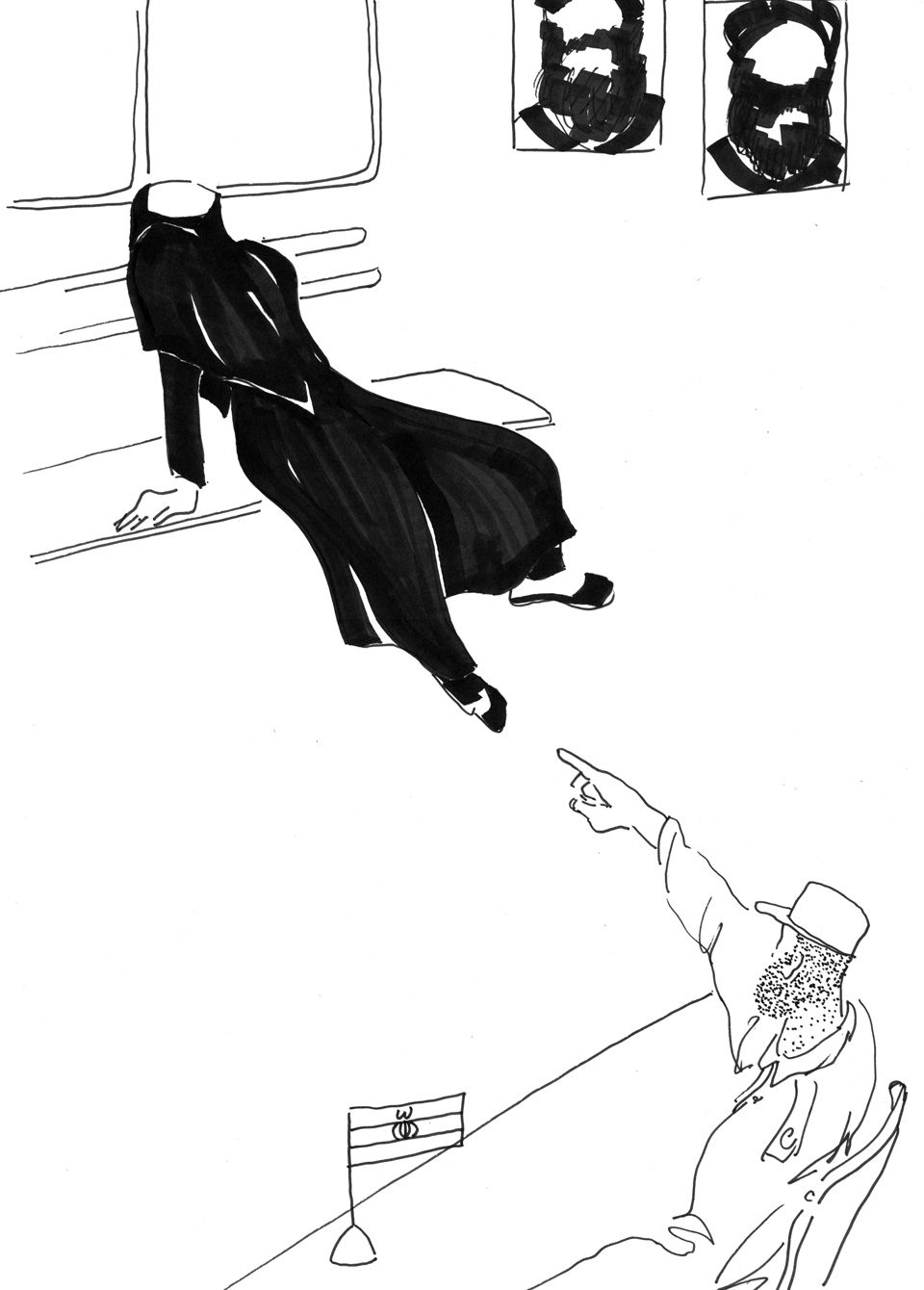 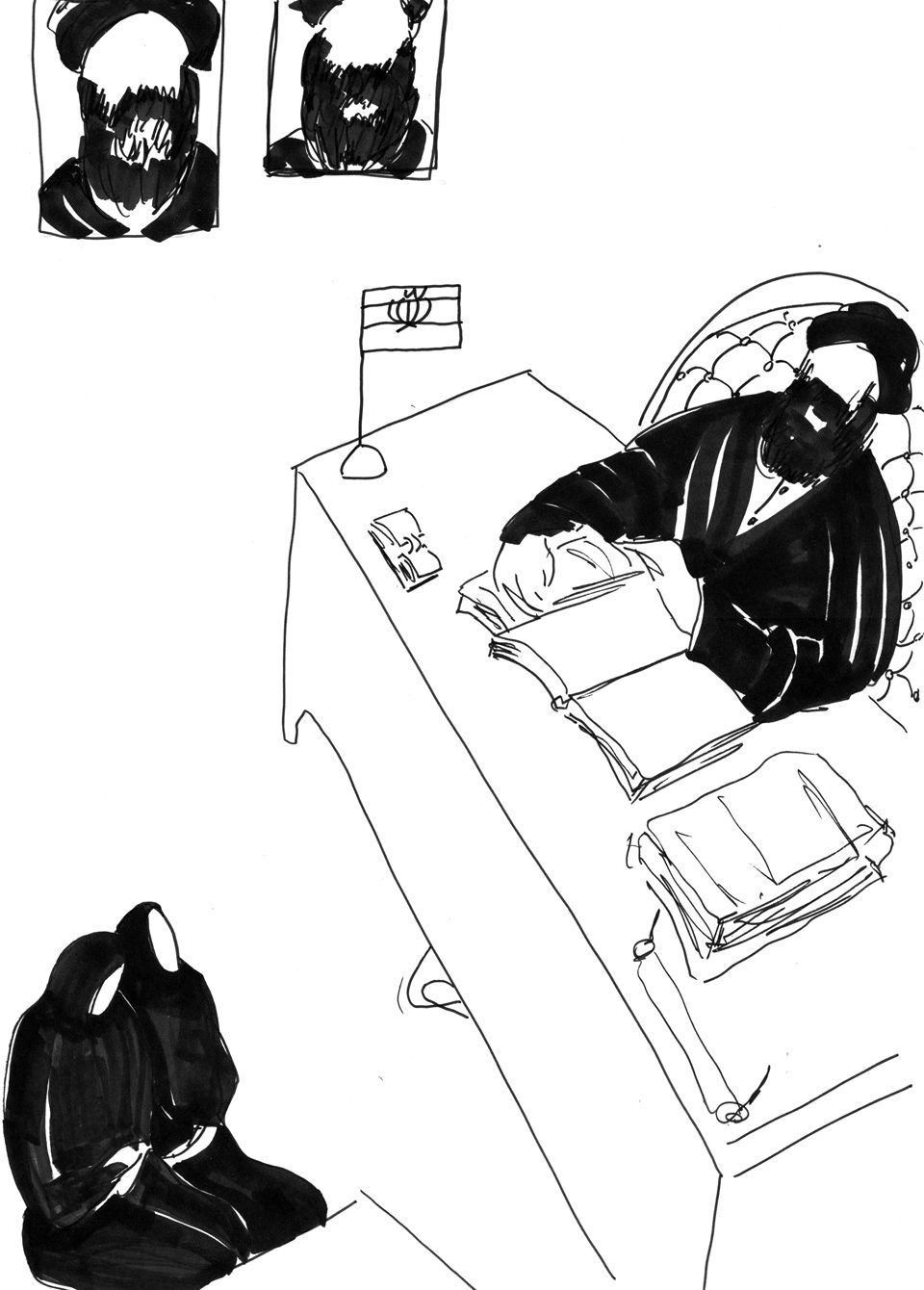 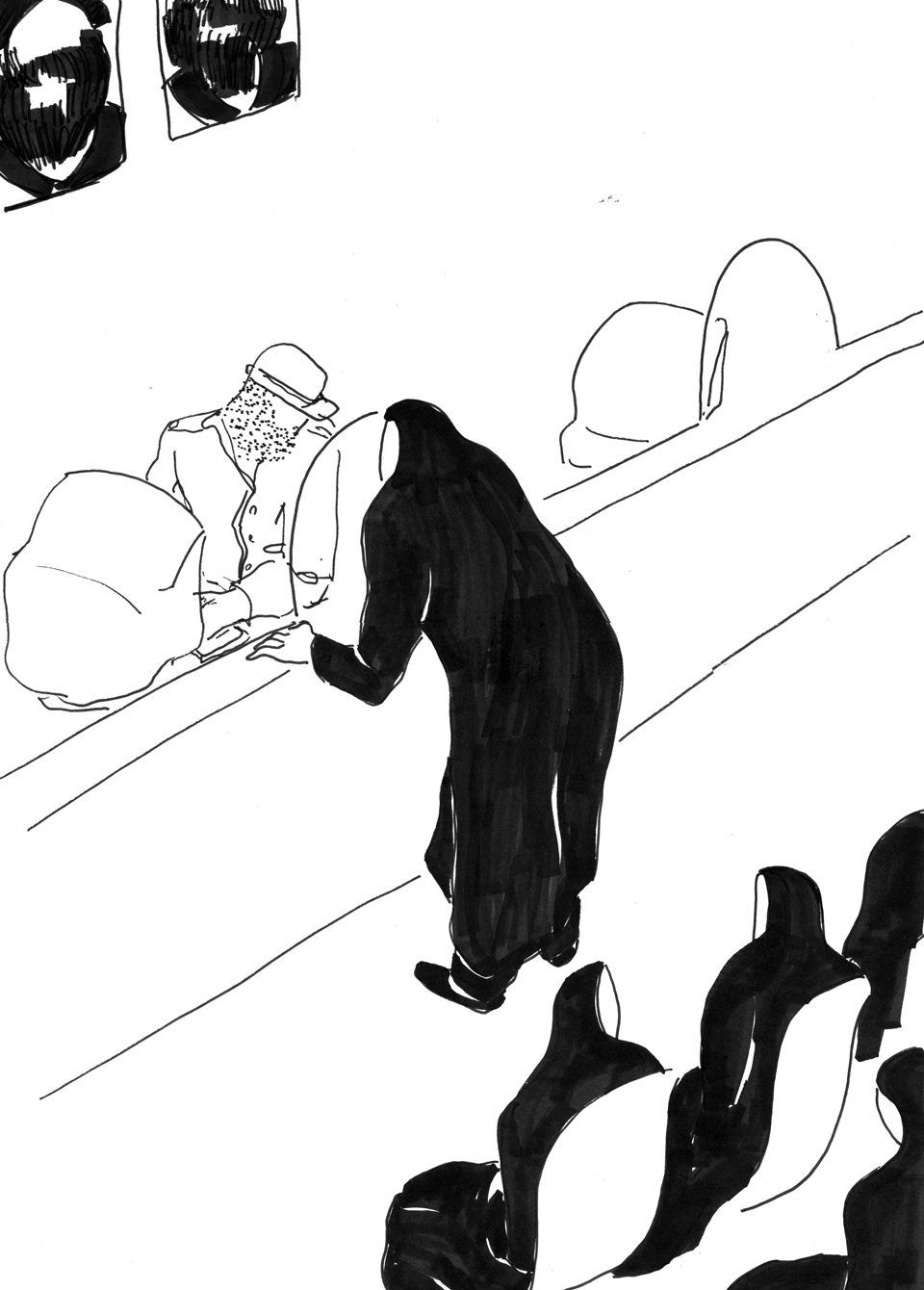 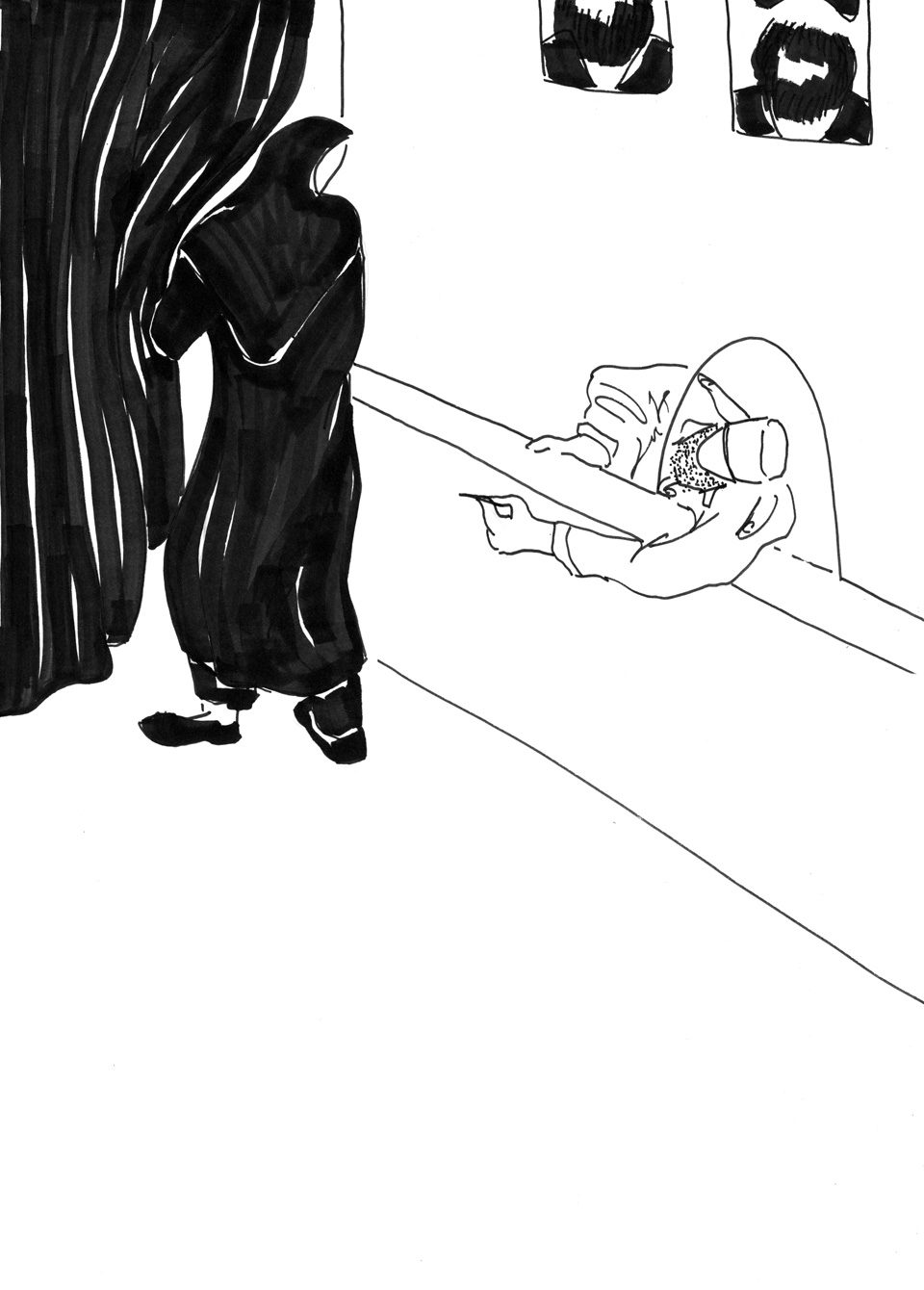 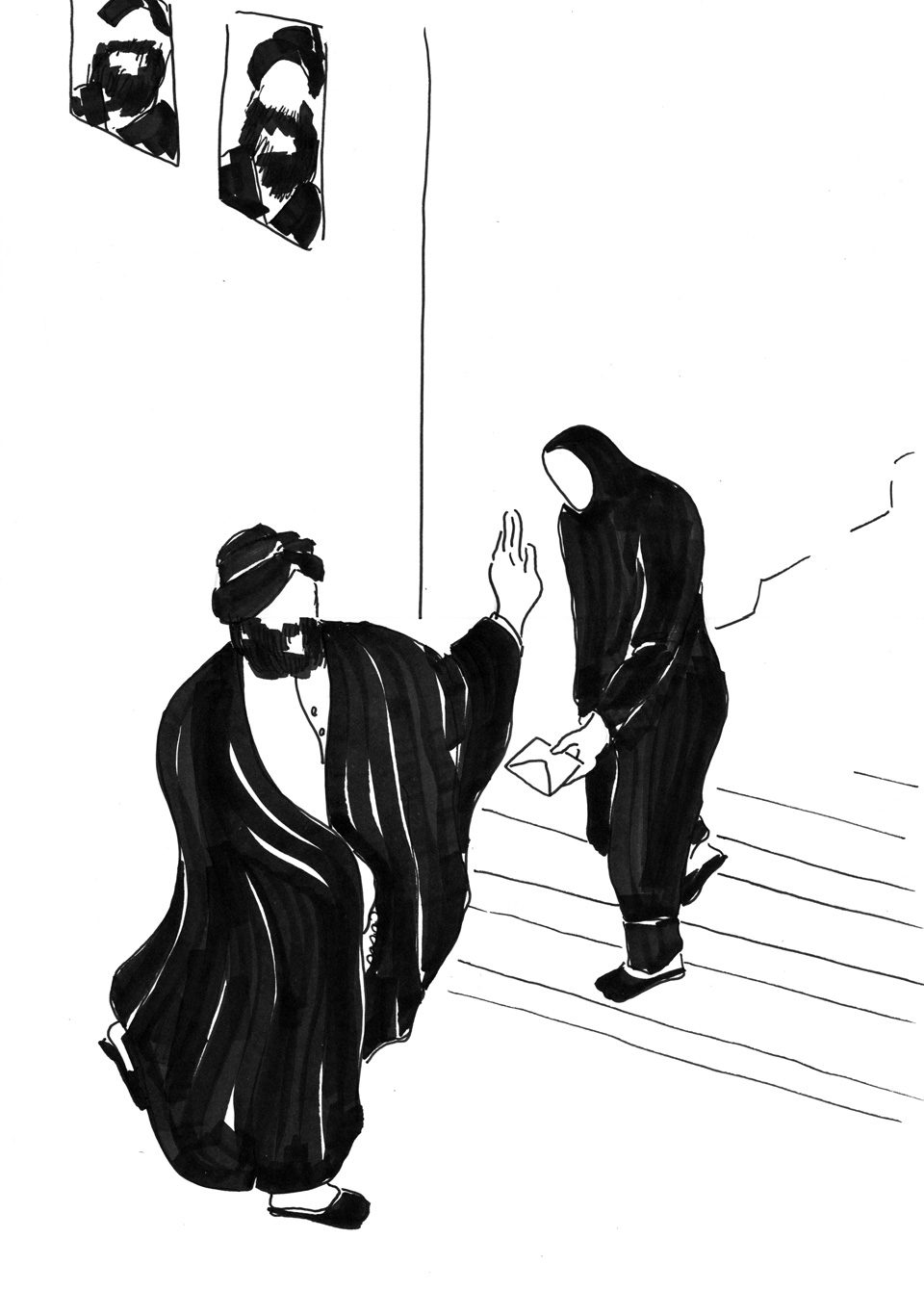 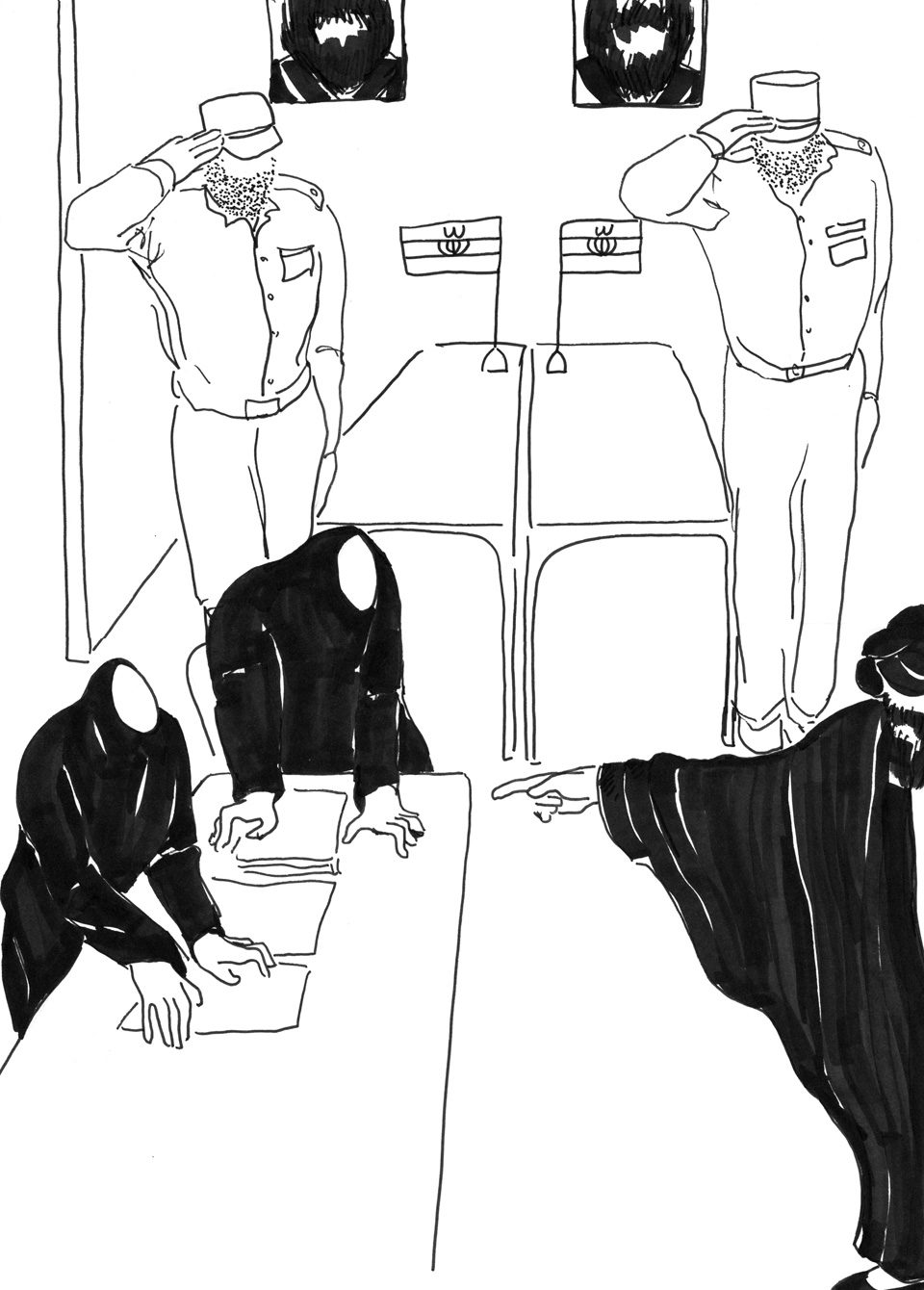 You may read them, but you may not take them with you. 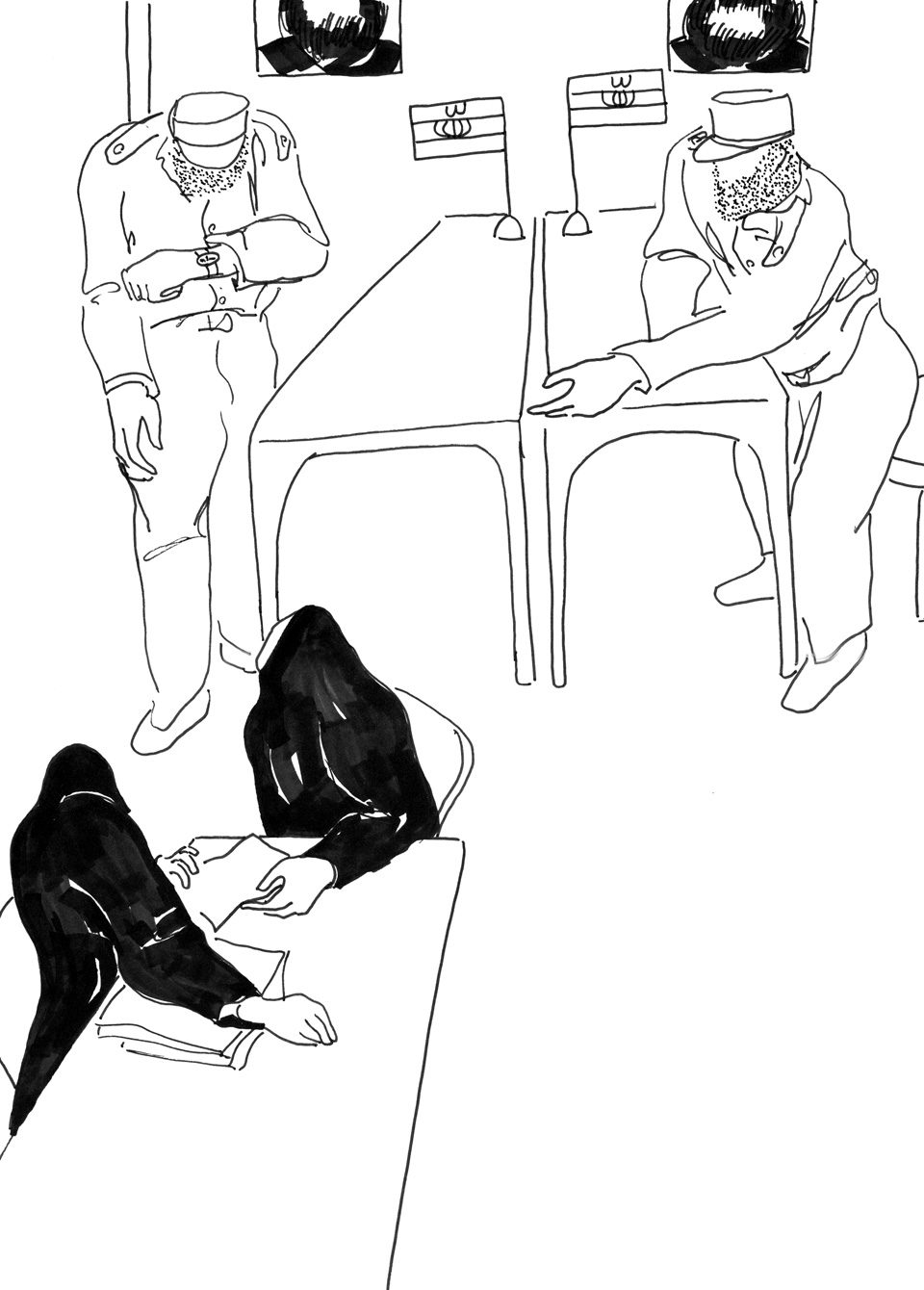 Your time is over. 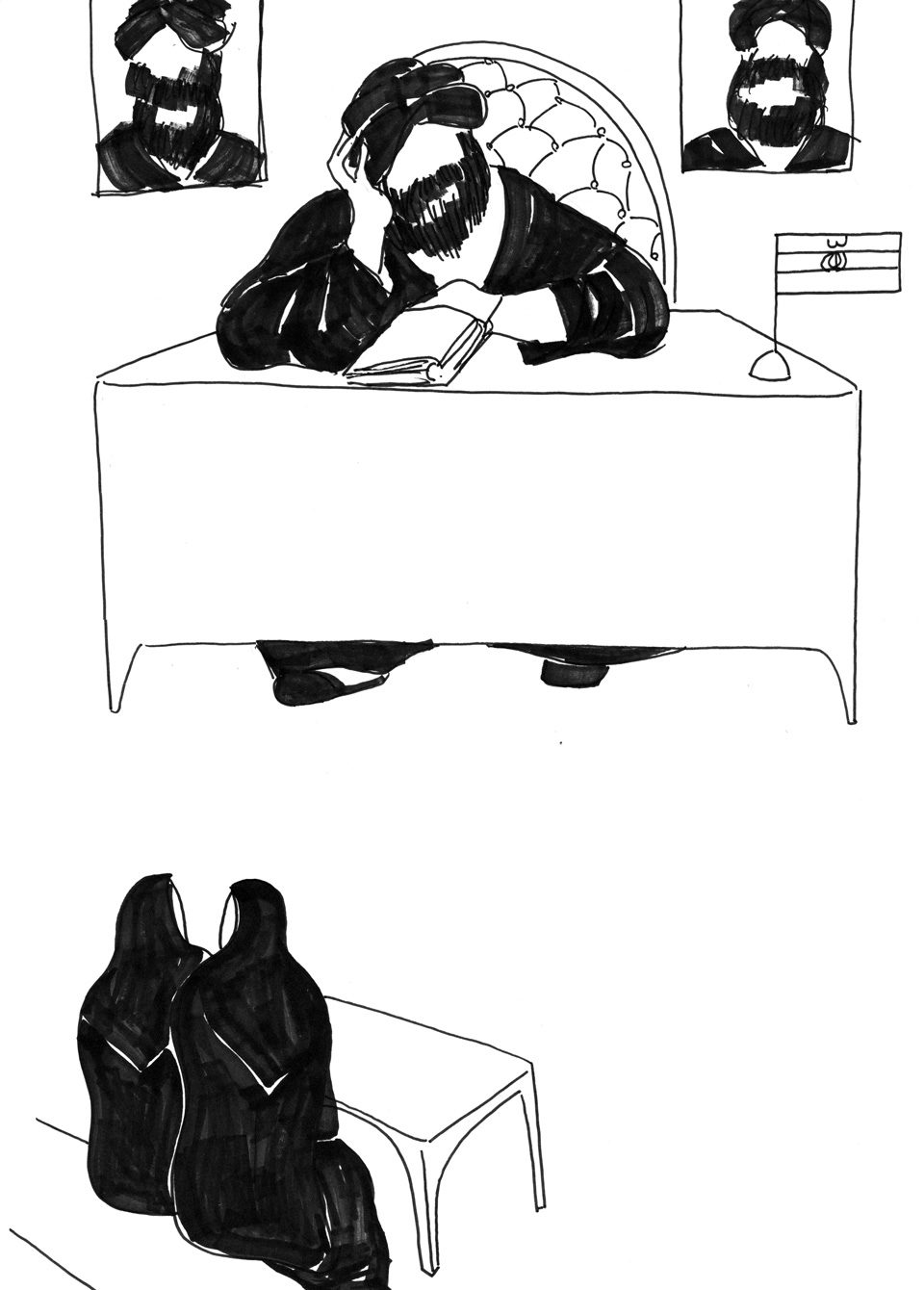 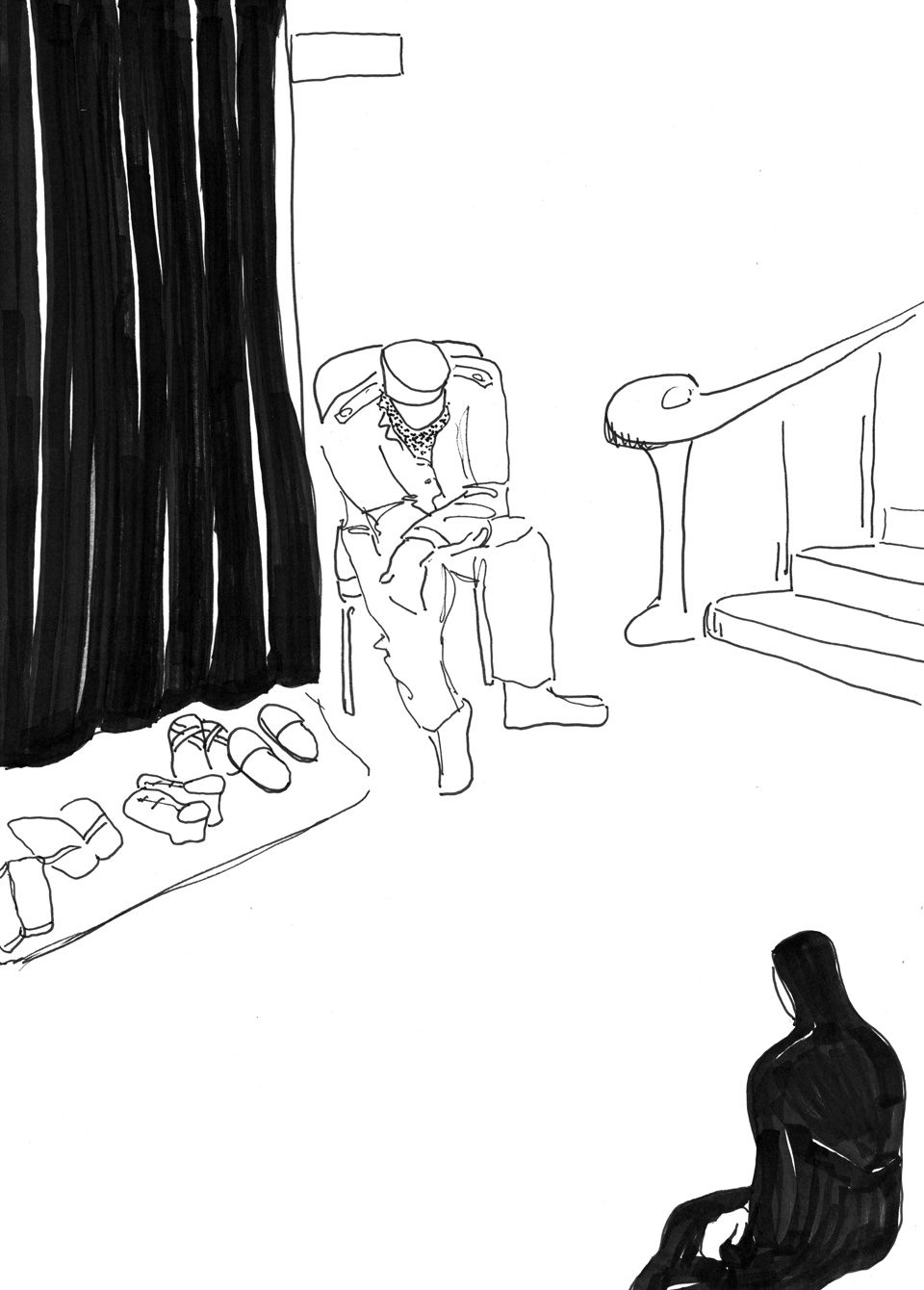 But the shoes stink … 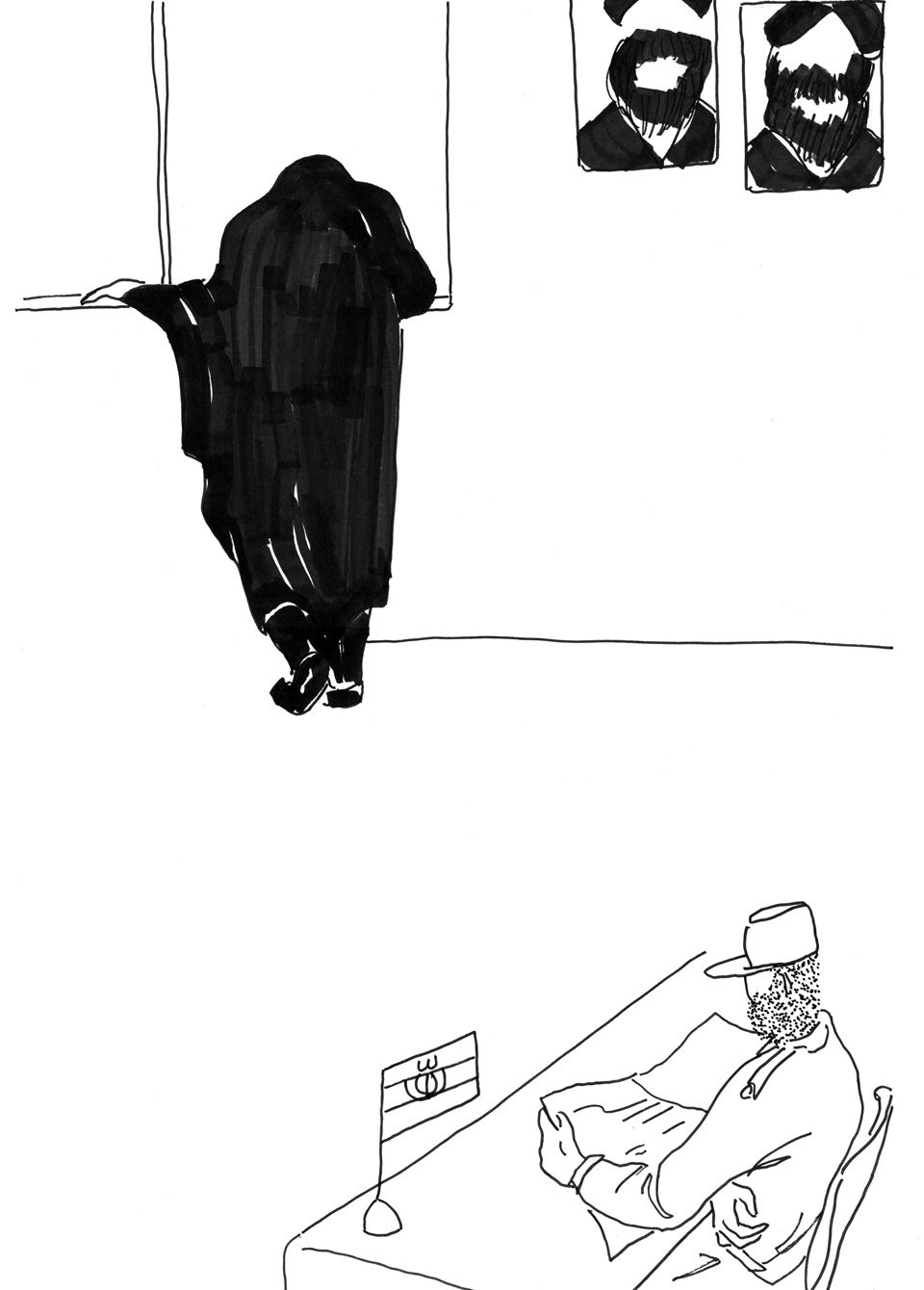 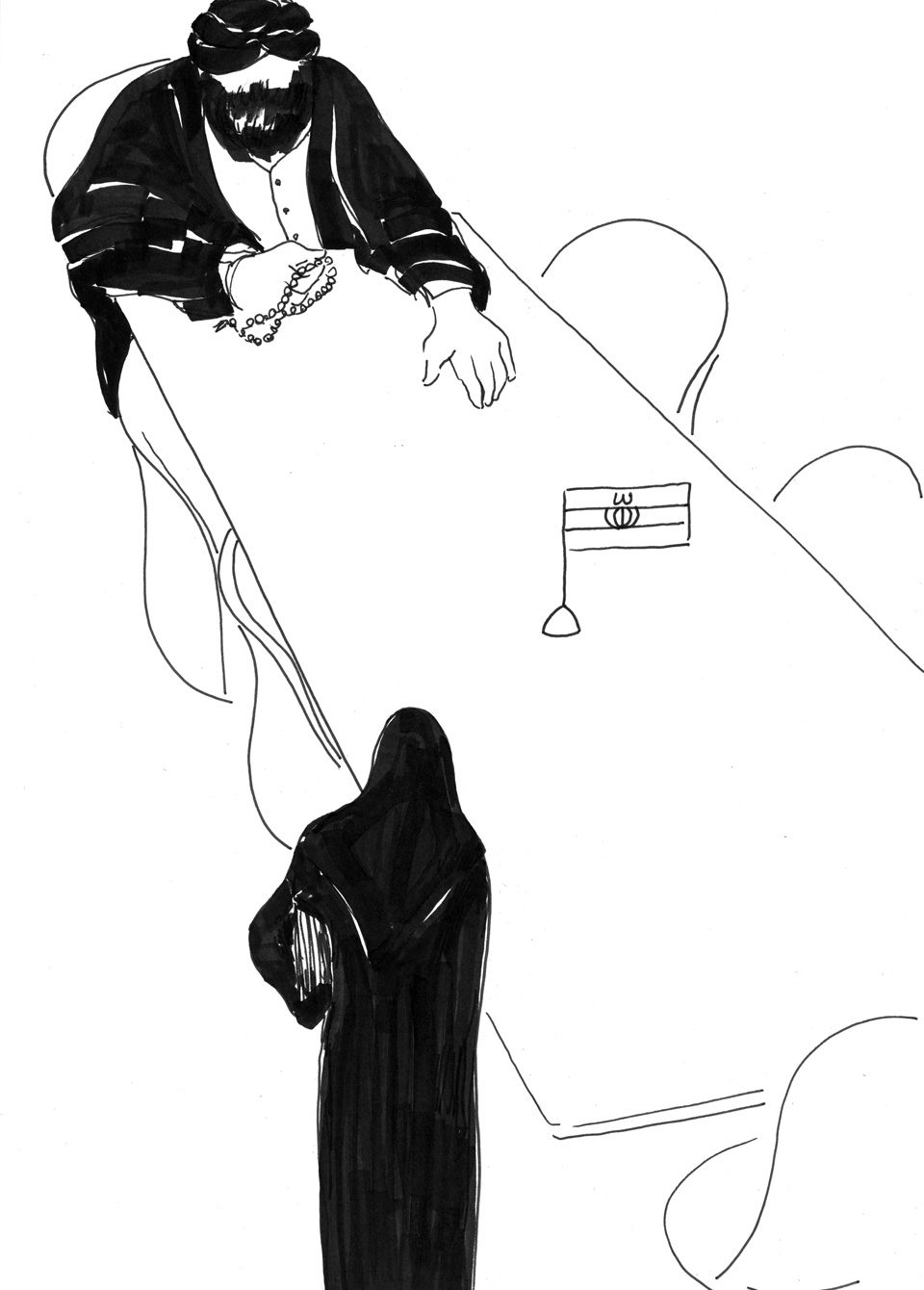 There’s no point in waiting.