„Very deep is the well of the past.“ The opening sentence in Thomas Mann’s novel Joseph and his Brothers conjures up the notion that the descent into a well may bring an encounter with things long since gone. But if we look into Parastou Forouhar’s installation of a well, what we find is not some dark time of yore, but a bright source of light. It is a projection on what seems to be the surface of the water in the rectangular well.
In both the Christian and Islamic tradition, the well is a symbol of life. The purifying, ritual effect of water is still present even today in the baptismal fonts of the Christian church and in the basins and fountains of the Moslem mosques. But their redemptive significance and the promise of paradise are thwarted in Forouhar’s work. In her well, we see computer animated figures performing dance-like movements. What appears at first glance to be a whimsical choreography turns out, on closer inspection, to be a scene of crude torture.
Like clockwork, the circle turns inexorably. Tension builds up between the aesthetic form and the content portrayed. On the one hand, the theme of torture is shocking; on the other hand, the figures are grouped ornamentally, as in a kaleidoscope.
All the figures are schematic and flesh-coloured. This levelling is further underlined by the fact that the figures are computer generated, so that there is neither the uniqueness nor the difference of original and copy. The digitalisation creates carefully calculated figures that have no individual characteristics.
It is neither clear where this is happening nor why the torture is taking place. But precisely because there is no indication of supposed guilt, the whole scene takes on a kafkaesque aspect. In Kafka’s Penal Colony, the officer explains „guilt is never to be doubted.“ In Forouhar’s work, the ever-turning wheel of torture continues ad absurdum.
The title is a reference to the performance of uniformed brass bands in which the drummers and pipers march in time to the music. At the same time, however, the title also has a certain playful quality – and, as such, perfectly captures the fine line between the seemingly harmless and the deadly serious.  Alexandra Karentzos 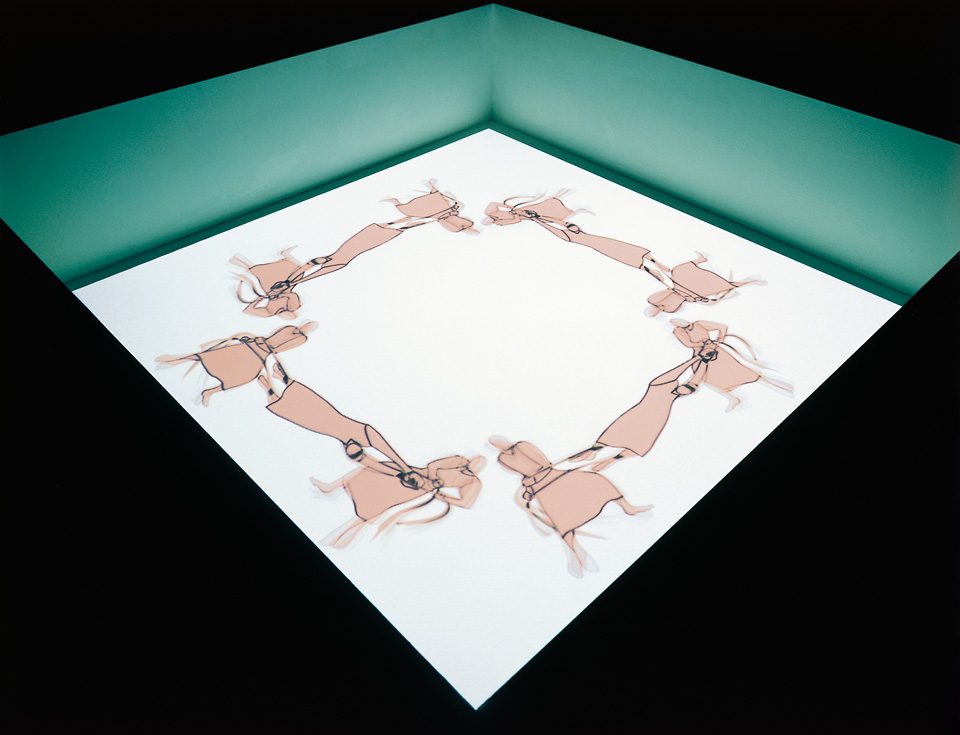 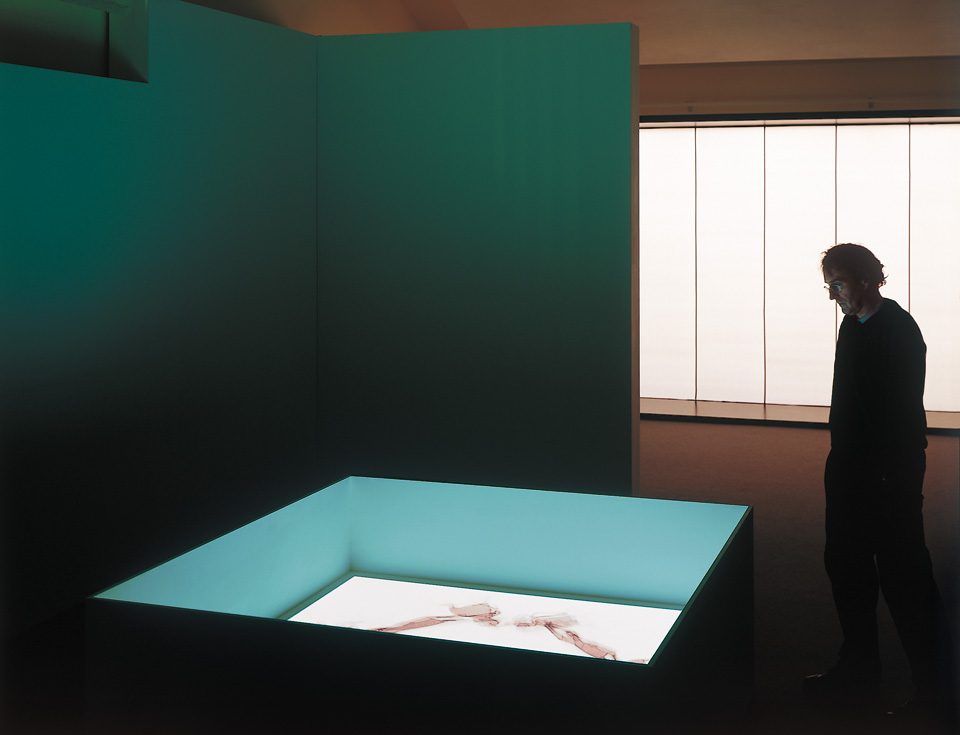 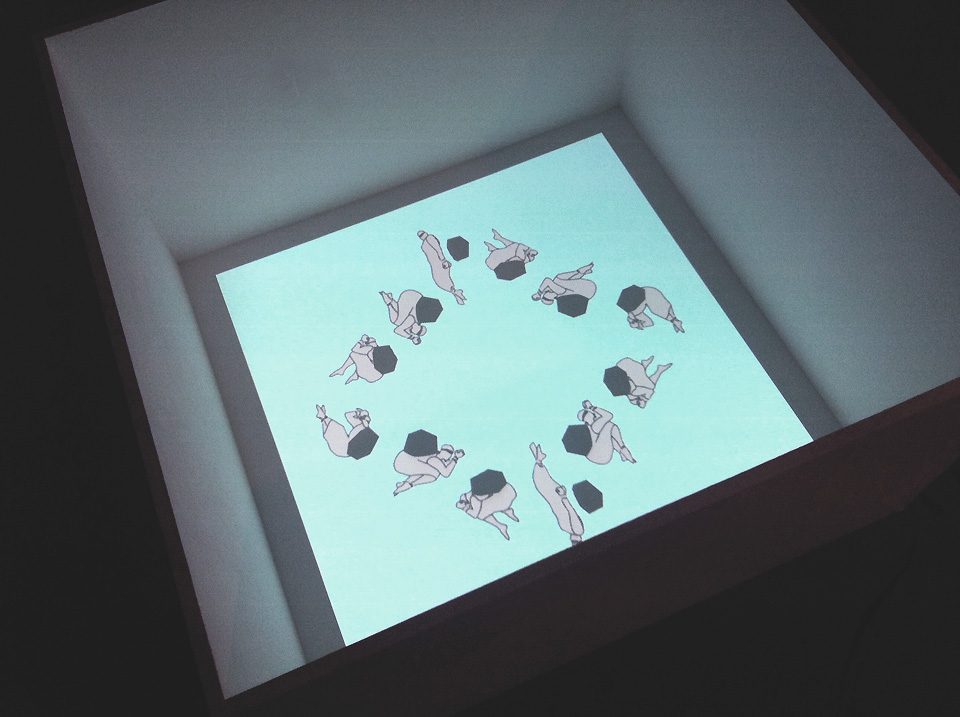 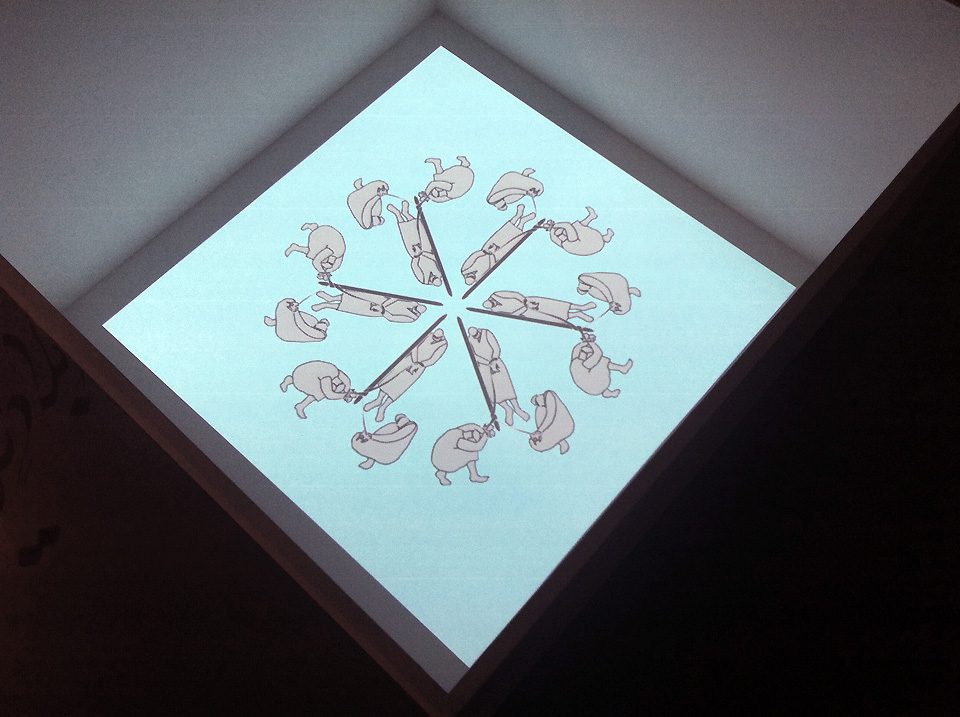 He kills me, he kills me not II, City Gallery of Neunkirchen, 2013 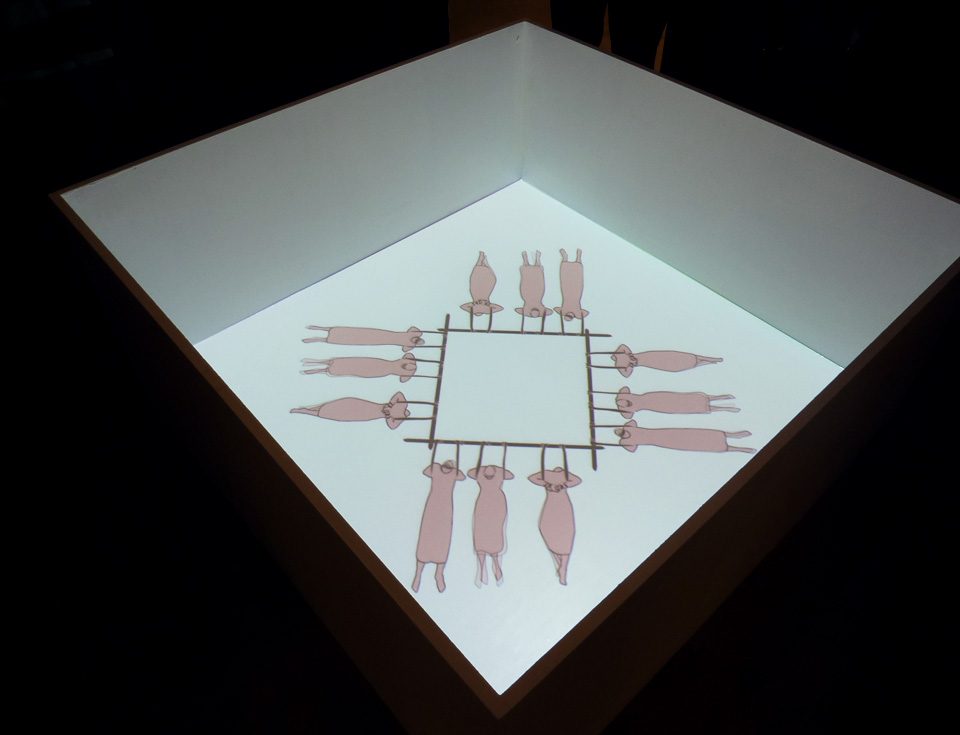 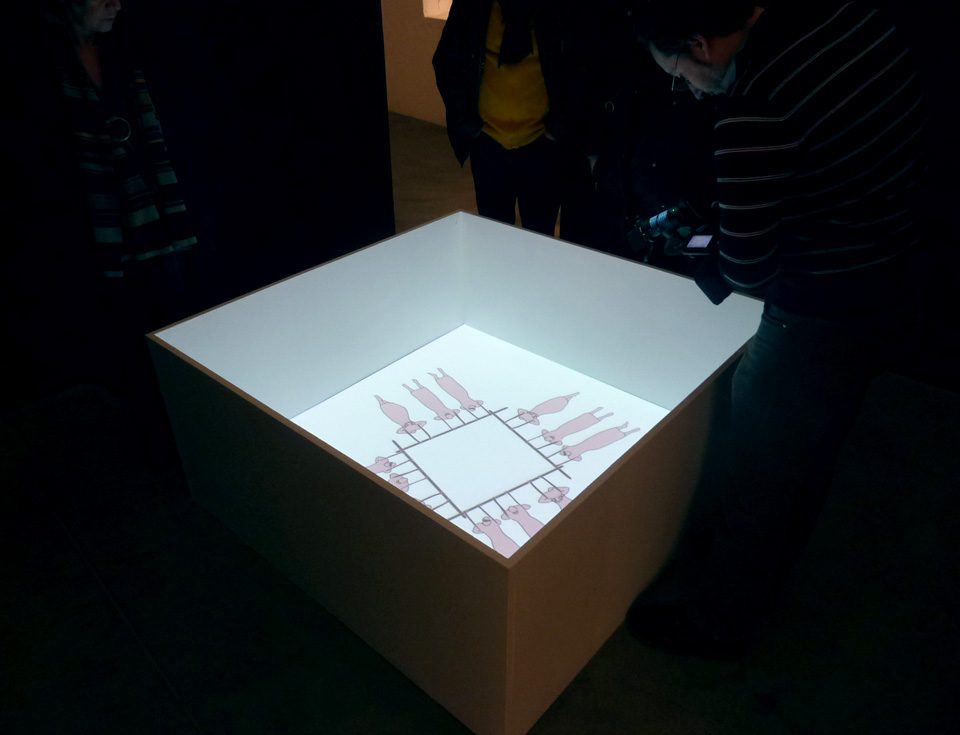 He Kills Me, He Kills Me Not, Verso Artecontemporanea, Turino, 2010