Parastou Forouhar’s Kiss Me series, are cloth banners with the title’s words enshrined in the center.  The phrase is in Farsi, as is the frenzied neon patterning that surrounds it.  To unfamiliar viewers, the work is a vivid if somewhat garish patchwork of vaguely Islamic designs.  But to many Iranians it is immediately legible as a highly cheeky appropriation.  Kiss Me is a collage of the banners that typically decorate the walls of Iranian cities during the mourning ceremonies of Ashura, a day that commemorates the death of Hossein ibn Ali, a medieval Muslim martyr and grandson of the prophet Mohammad.
Hossein, the story goes, was betrayed by the ruler of the time and murdered with most of his family.  Ashura processions memorialize the day with elaborate props, religious chanting, and mock (or real) self-flagellation—rituals of Shiite identification with the perpetual battle against tyranny.  For the Islamic Republic, Ashura has long served as historic legitimation of its theocratic rule and a very public enactment of its principles.
But Iranian mourning, like every other social ritual, likes to keep up with the Joneses.  In recent years banner designers have turned to ever-wilder color schemes, supplementing traditional designs with photo-collages of mosques and roses in bloom.  The kitsch profusion might be an improbable contrast to the muted sentiment of the banners’ phrases (a typical one might read “Oh Martyred Hossein”), but few see it as a contradiction.  For as the props have evolved, so has the post-revolutionary community of believers: in many urban centers, Ashura processions offer prime cruising ground for teenagers looking to mingle and flirt with the members of the opposite sex.
Forouhar’s Kiss Me puts flirtation front and center, rearranging the sacred iconography according to her playful sense of the decorative.  The work touches on many aspects of the artist’s two decades of artistic production: the appropriation of Islamic ornament, the subversion of Iranian calligraphy, and a longstanding involvement with the language of death, especially within the public rhetoric of the Islamic Republic of Iran. Media Farzin 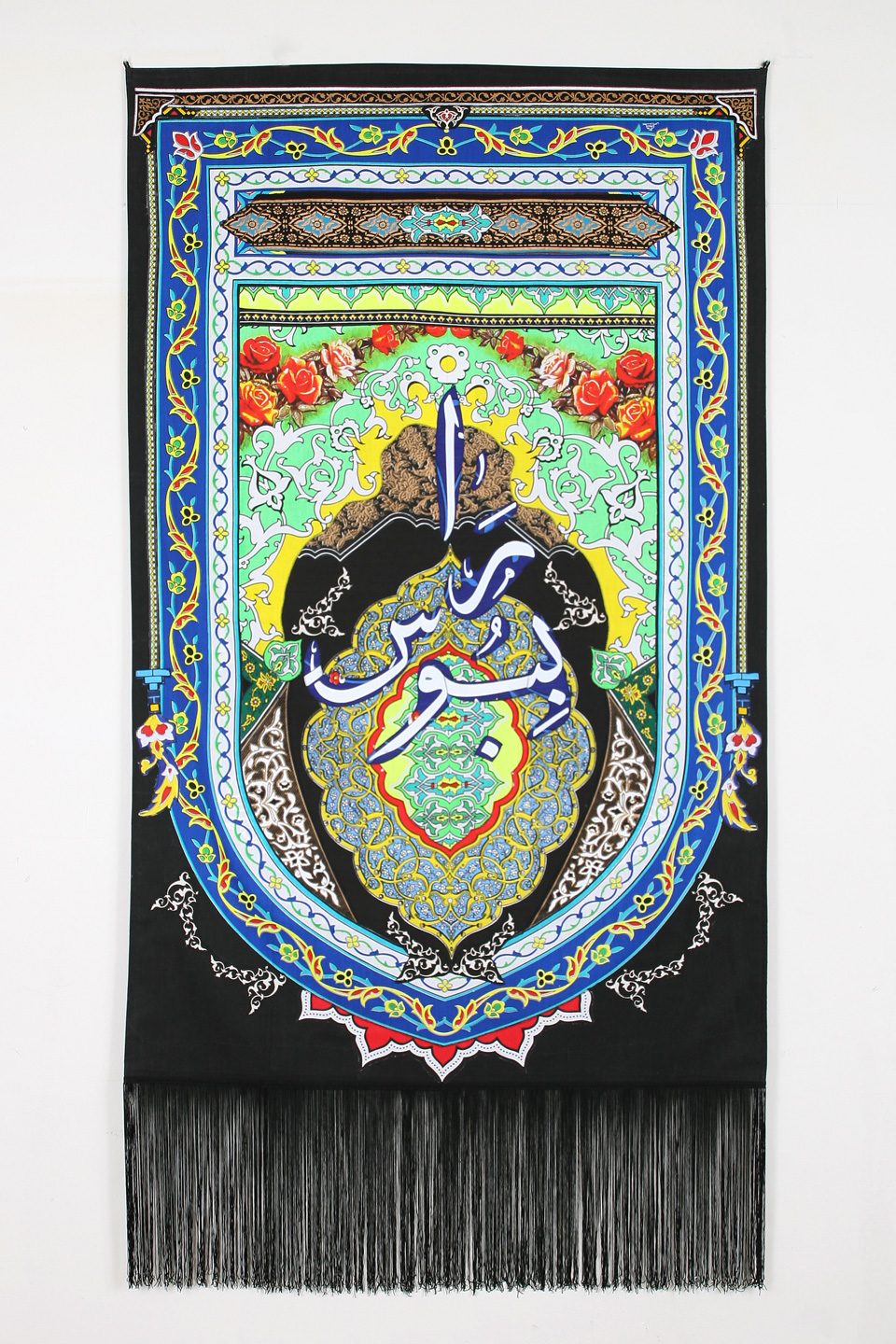 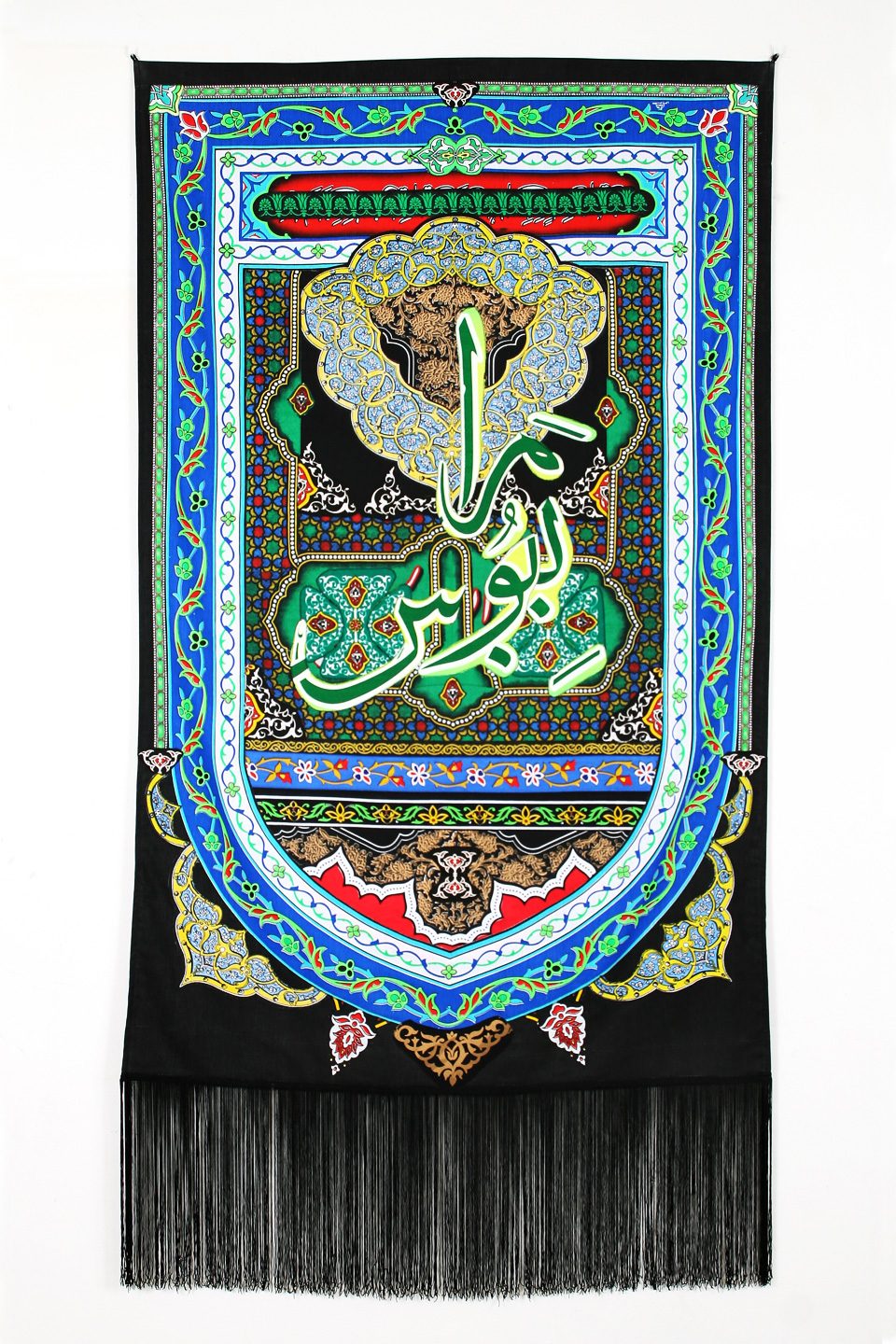 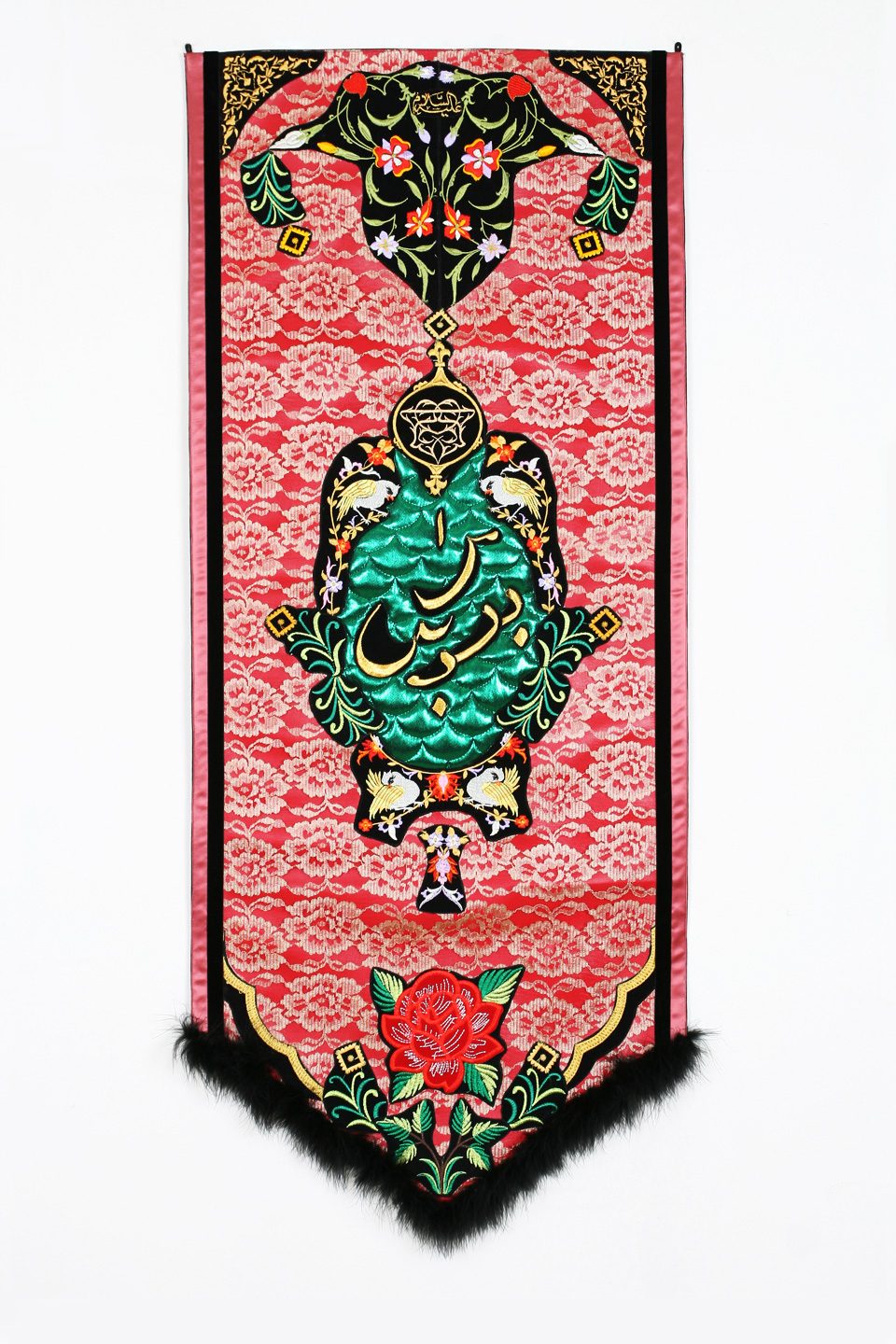 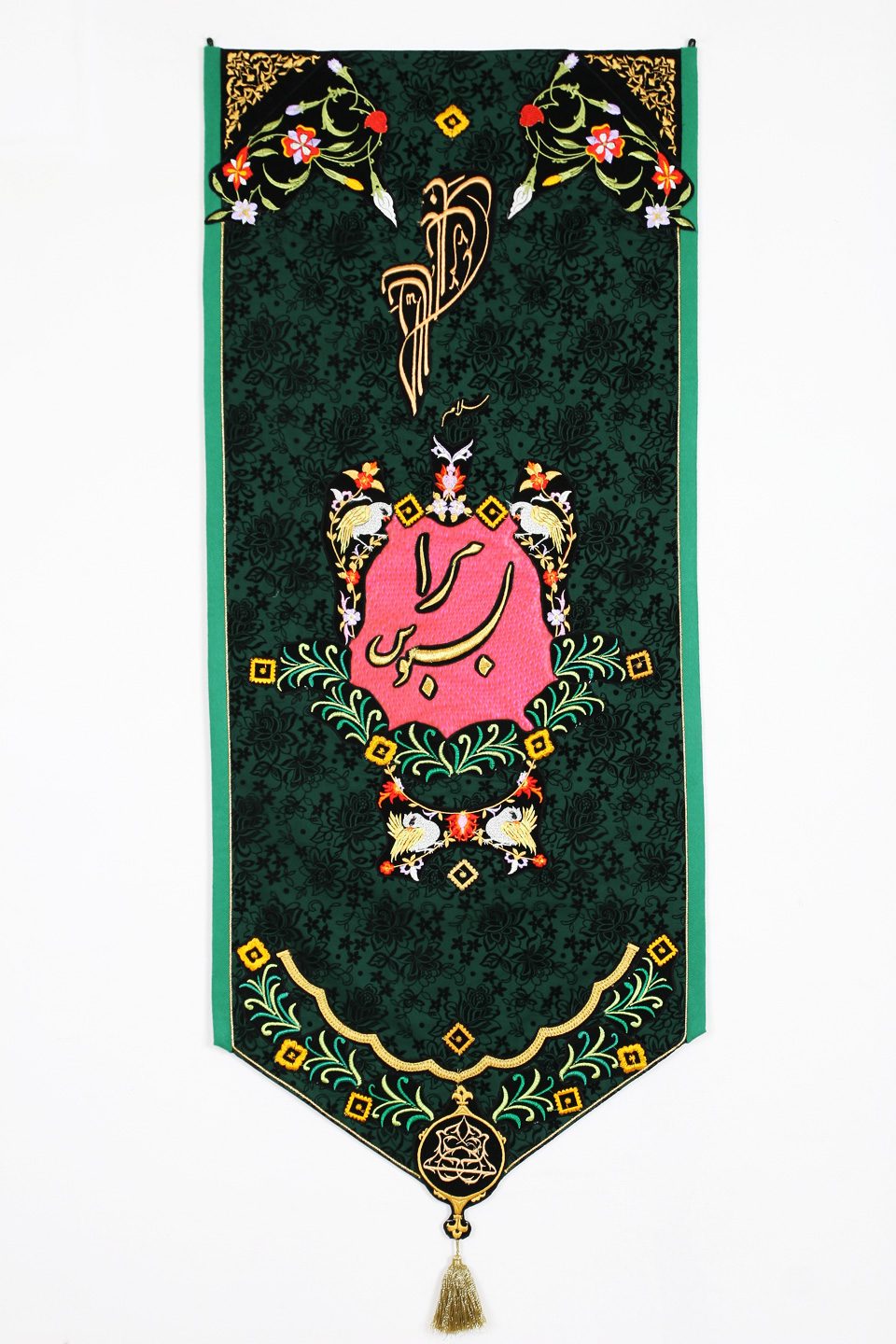 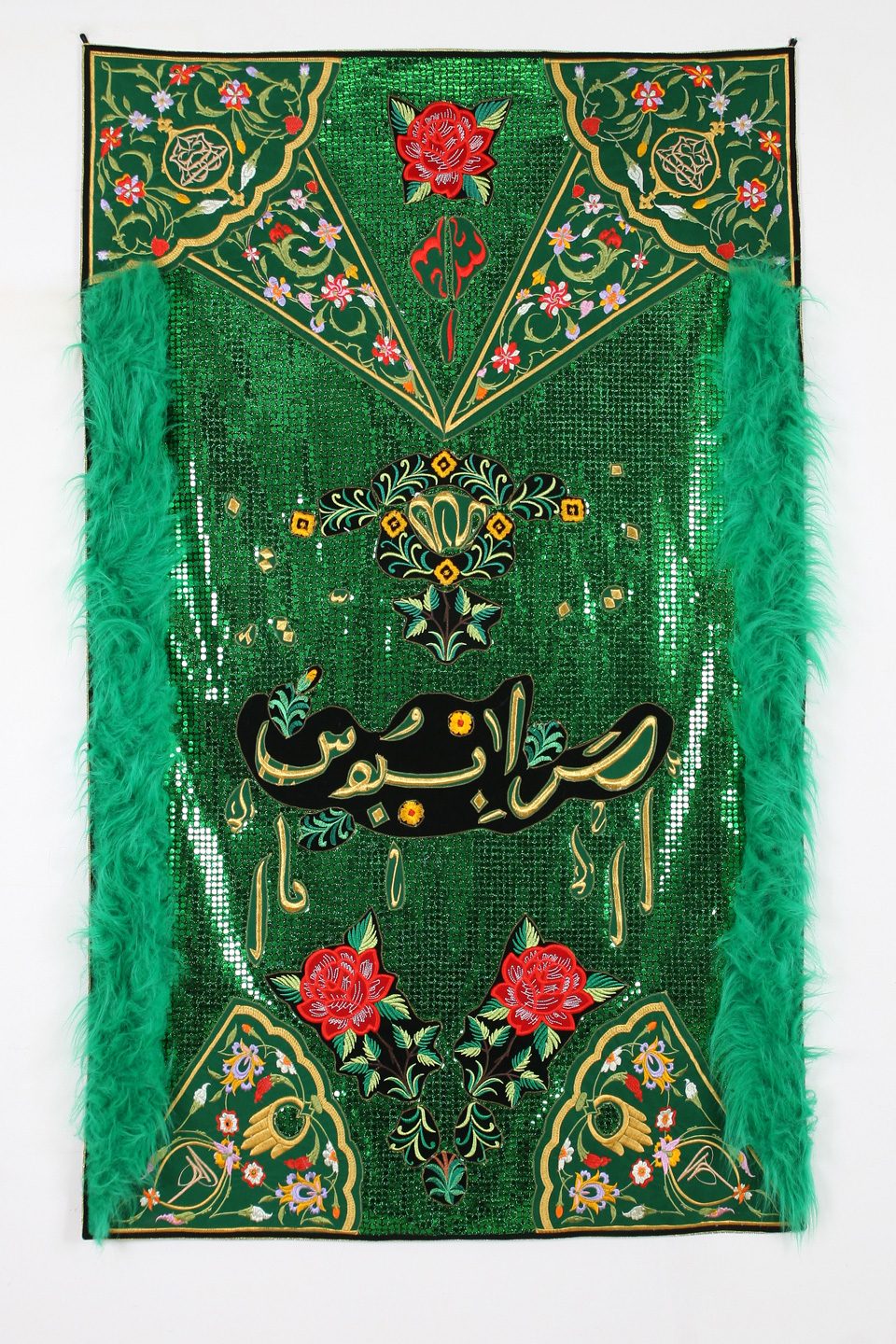 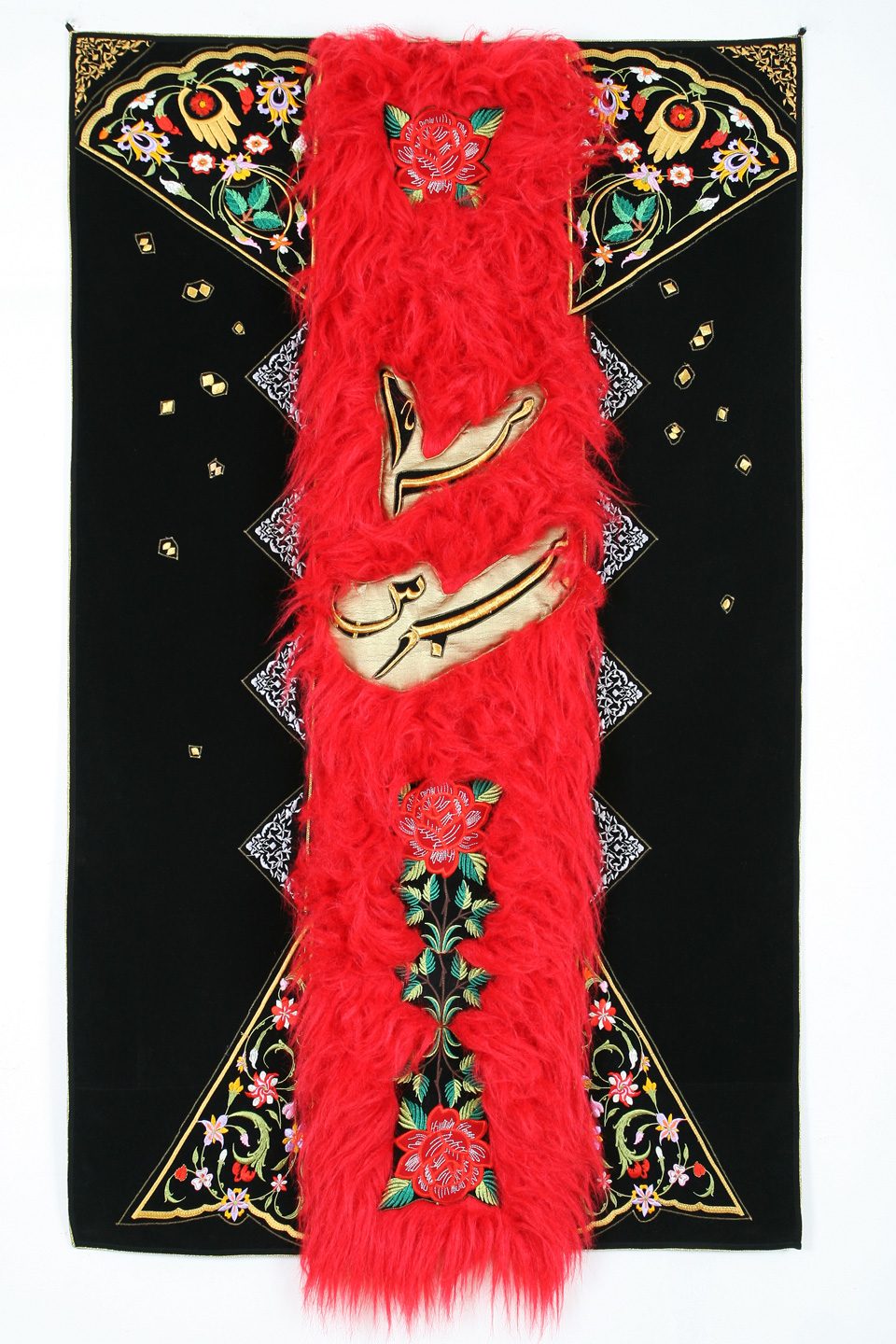 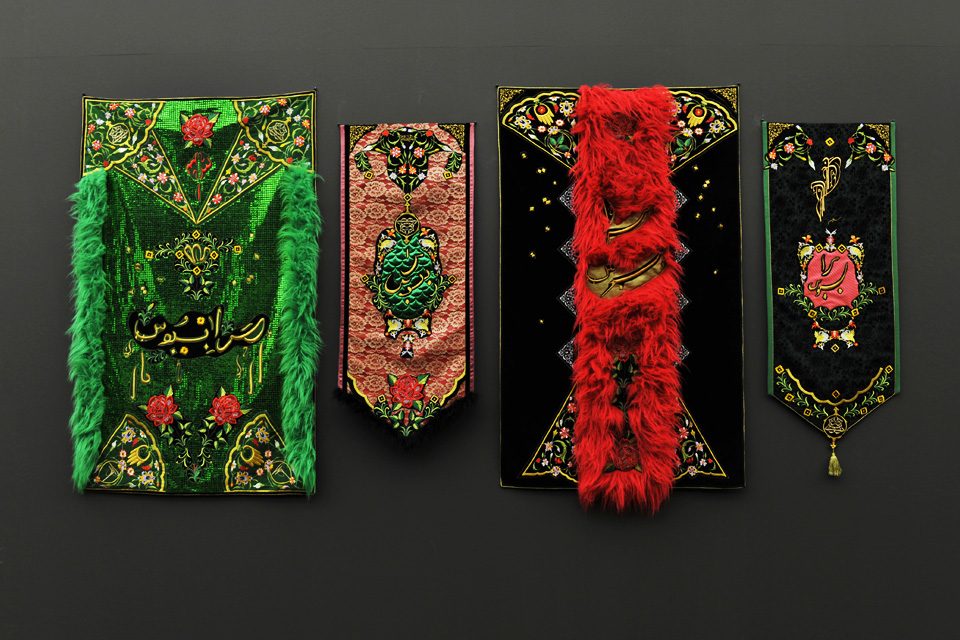 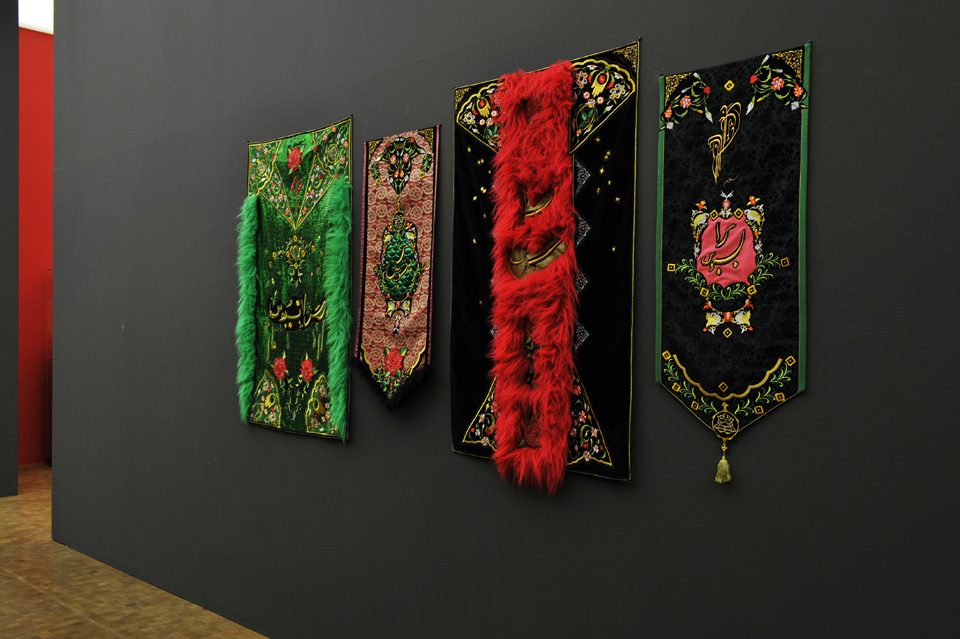 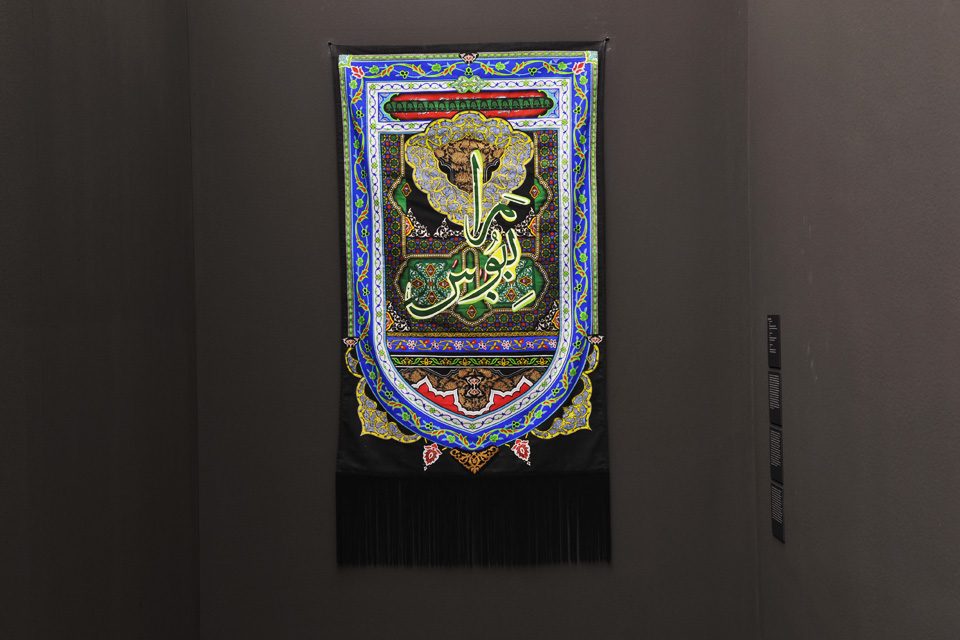