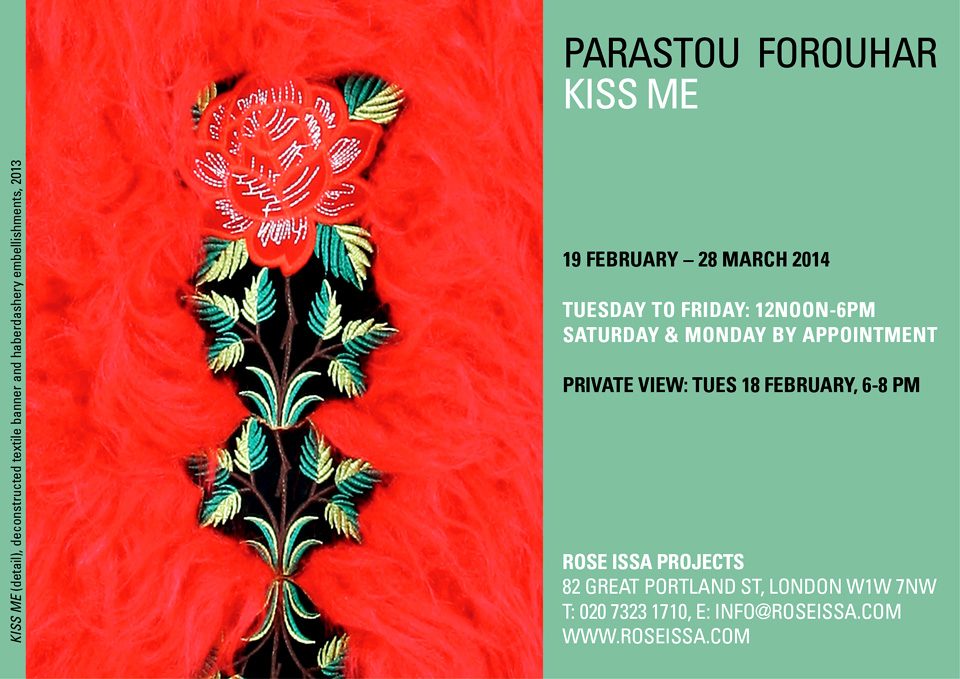 For her new body of work, Forouhar uses a medium that she has experimented with before in her series ‘Funeral‘ (2003), ‘Safari‘ (2004), and ‘Countdown‘ (2008) – the traditional religious banners that are draped in public spaces in Iran during ceremonies. In the previous series she used the banners to upholster office chairs, create giant beanbags and fashion funeral shrouds, but in ‘Kiss Me’ they appear in their true form. These colourful banners usually have a central medallion with messages about mystical devotion, spiritual love and self-sacrifice. In Forouhar’s series, she has embroidered the medallion with lyrics from a 1950s pop song, Mara Beboos (‘Kiss Me’)  and embellished the banners with feathers, furs, sequins, and appliquéd motifs.