She (Parastou Forouhar) is influenced by the history of Persian and Oriental miniature and ornamental painting, and in this context her history, her memory, can only appear as fragments. Ornament dominates the surface and its narrative can only create space in fragmentary and symbolic allusions. At the same time, her pictures are also part of an art scene that is shaped by Western developments, modern and post-modern, notions that seek to assert their relative autonomy and obstinacy in the face of the colonization of art by political systems and the power of religious salvation teachings. This confrontation between her cultural origin and a cosmopolitan view and interpretation of her world view shapes the language of Parastou Forouhar’s art. It can be felt and discerned in its complexity and in every single form in her images. From a Text by Werner Meyer
DRAPERY, 2019
Part of the multi-media project Eslimi, consisting of  installations and objects such as Eslimi pattern-book, Chamber, Strickt Security, Should Not
sublimation print on fabric 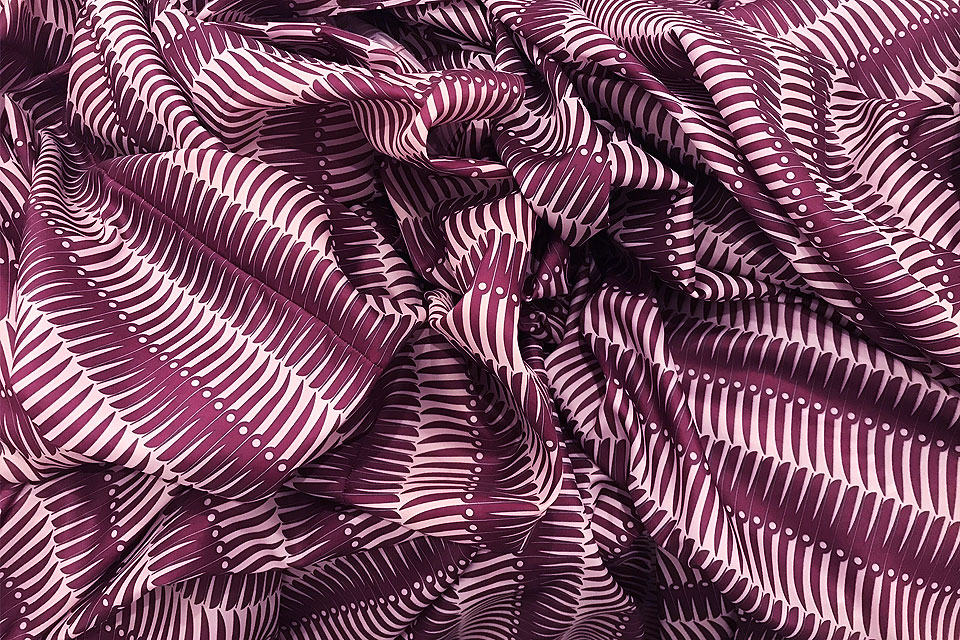 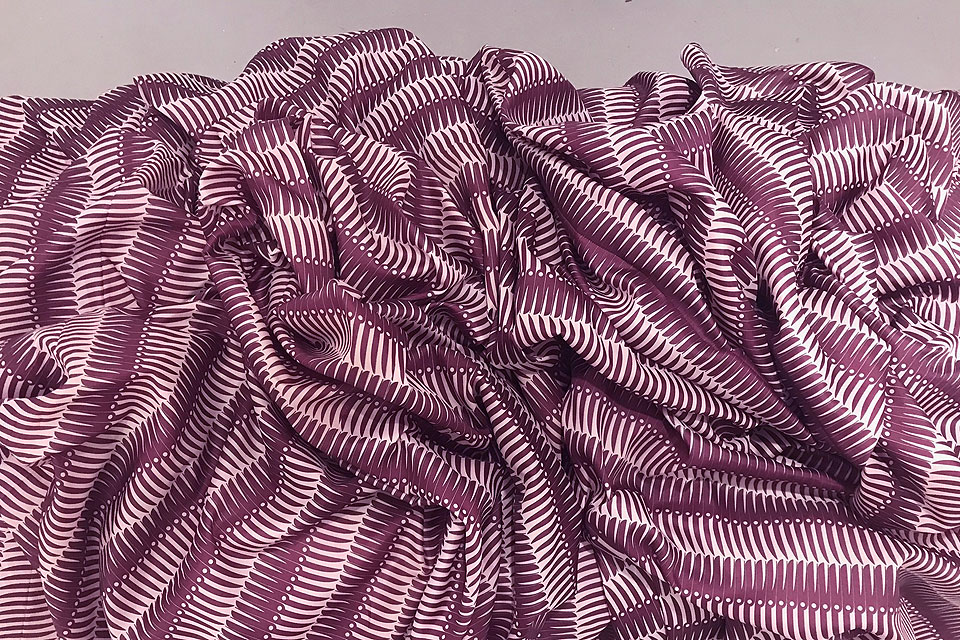 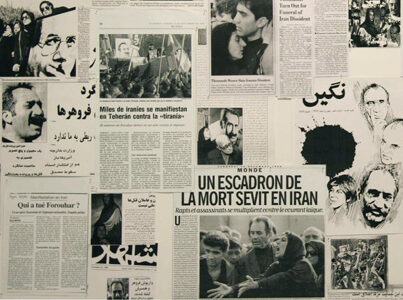