The large-scale screenlike composition of the photograph (Friday), which looks like a curtain or the partition that traditionally divides men and women into separate spheres of ritualized cultural practices, further enhances the meaning of Forouhar’s social and political transgressions.
In the equally suggestive Flashing, a woman dressed in a chador is captured in another liberating gesture—dramatically opening up her dress from the front to a handsome H&M Western male fashion model in a modern urban window display. However, by doing so, she is not just to openly manifesting her rebellion against Islamic laws and blatantly ignoring the meta-narratives of the “controlling Western gaze,” as she stands demonstratively with her back to the viewer, but she is creating a new space of encounter that imagines potential space of coexistence of seemingly incompatible cultural positions. Joanna Inglot 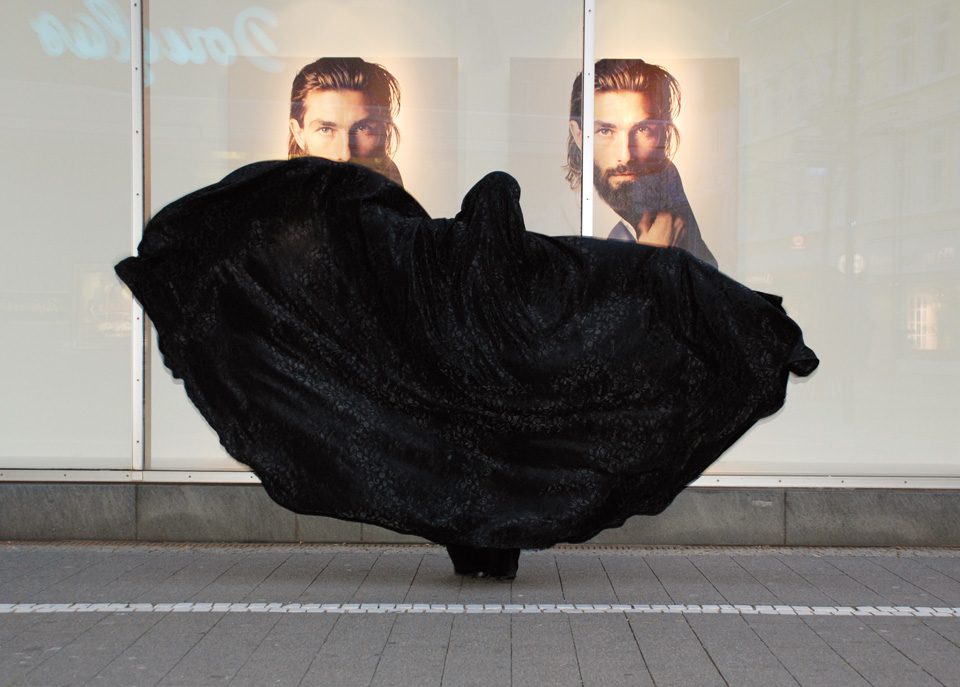 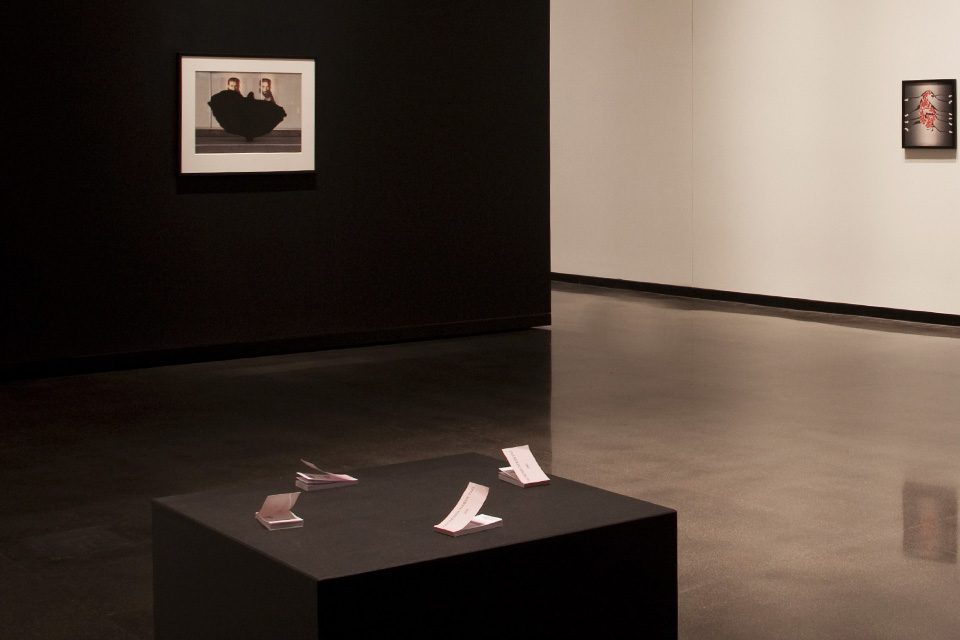 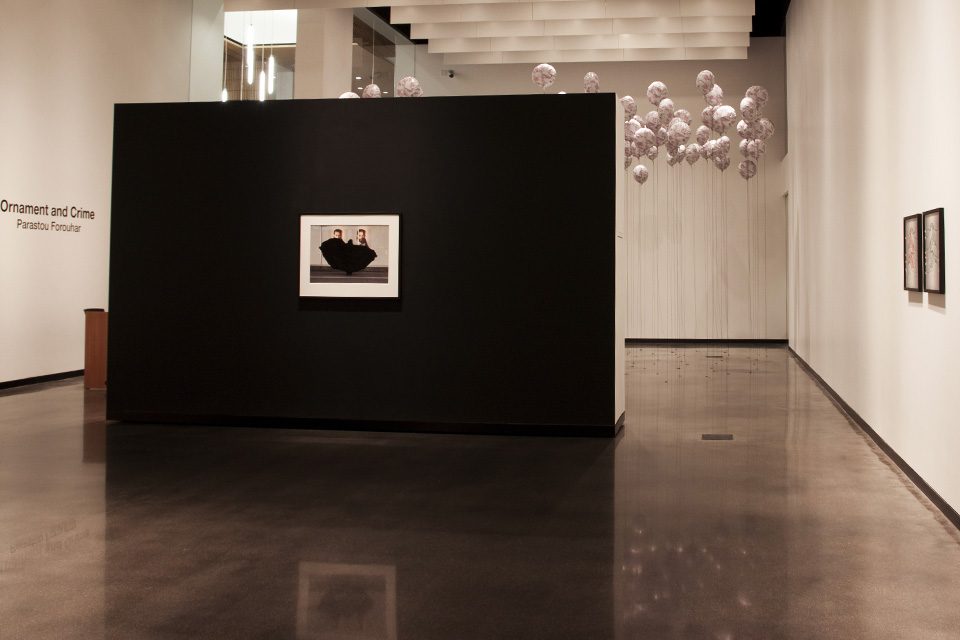